The ultimate location for chimpanzee trekking on the edge of Lake Tanganyika.

The Mahale Mountains are one of the most remote and scenically breathtaking areas in East Africa, with mountains, forest and the crystal clear water of Lake Tanganyika fusing to give this part of Tanzania a feeling unlike any other part of the country.

Mahale is also the ultimate location for chimpanzee trekking. The park is home to a large group of chimps habituated and studied since the 60s by the University of Kyoto. There are absolutely no roads or cars and all access to the forest is by boat or on foot. From Greystoke Camp, which was the first camp in Mahale and the one we’d recommend, you’re led into the forest each morning by a local Tongwe guide who knows the forest and the chimpanzee group expertly.

The walks can be an easy half hour stroll on days when the chimps come down to the lakeshore, but up to eight hours when they remain high on the ridges (like the aptly named “skyway” path). There is a very high success rate and it’s unusual for people to return without seeing a chimpanzee at all.

But it’s not just about chimps; the forest of the Mahale Mountains is a magical place to explore. Interlaced with rivers and waterfalls, it’s home to eight other species of primate, including black and white colobus, red colobus and red-tailed monkeys. Numerous other mammal species have been sighted in Mahale, some such as bushpig are relatively common. Leopards, though not uncommon, are rarely seen, but often heard.

Mahale National Park is over five hundred miles from Arusha, a flight of around four hours, but it’s so breathtaking and unique that it’s worth every minute to get there. 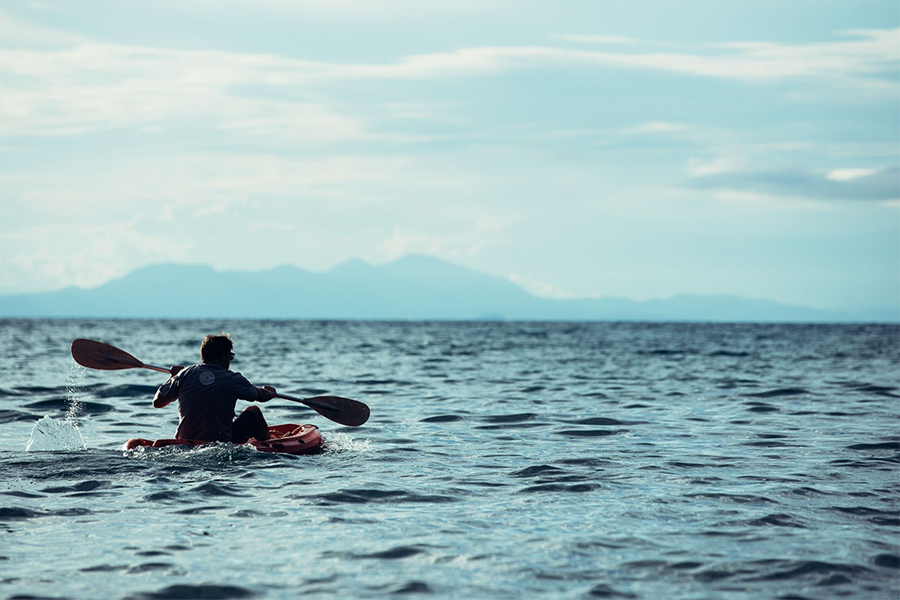 Forests and waterfalls of the Mahale Mountains 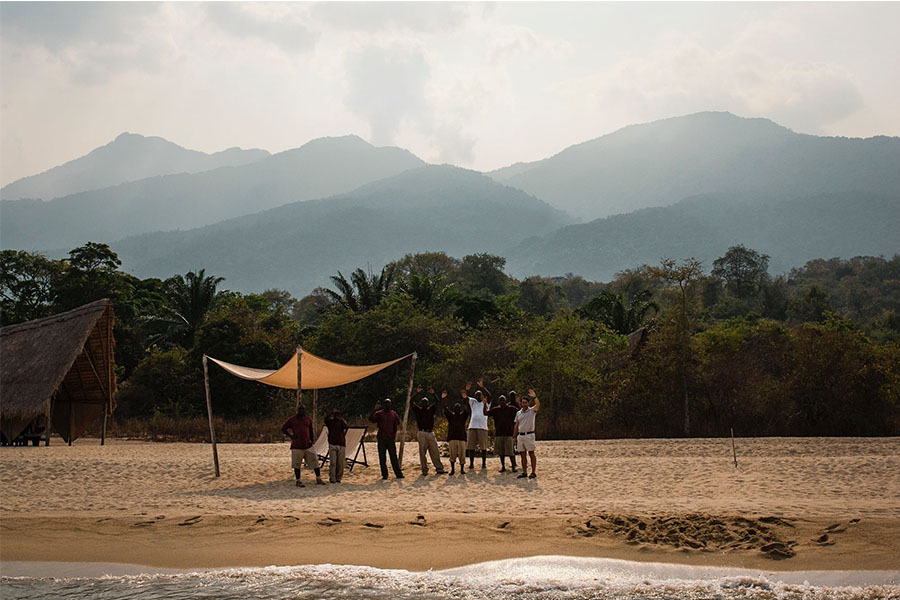 Transfer into camp by boat 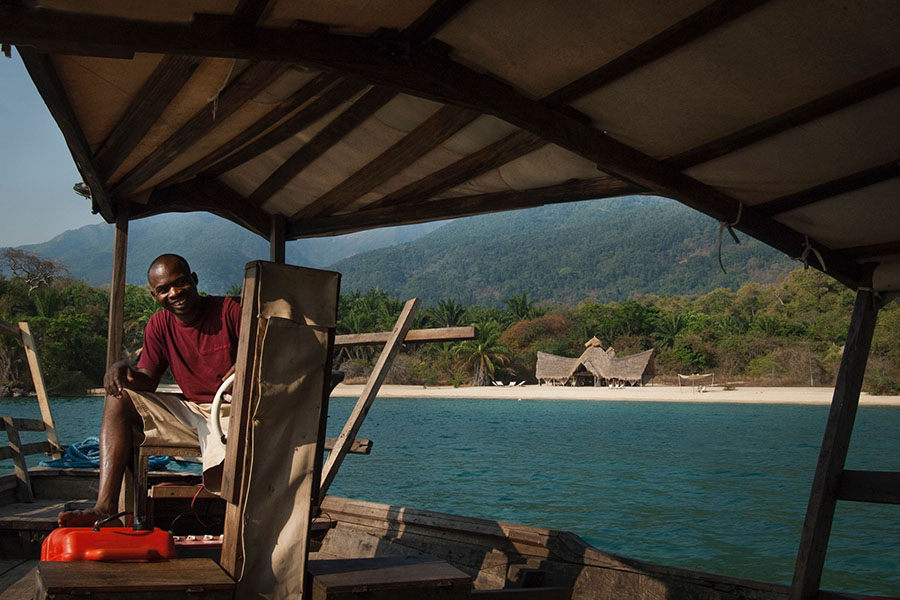 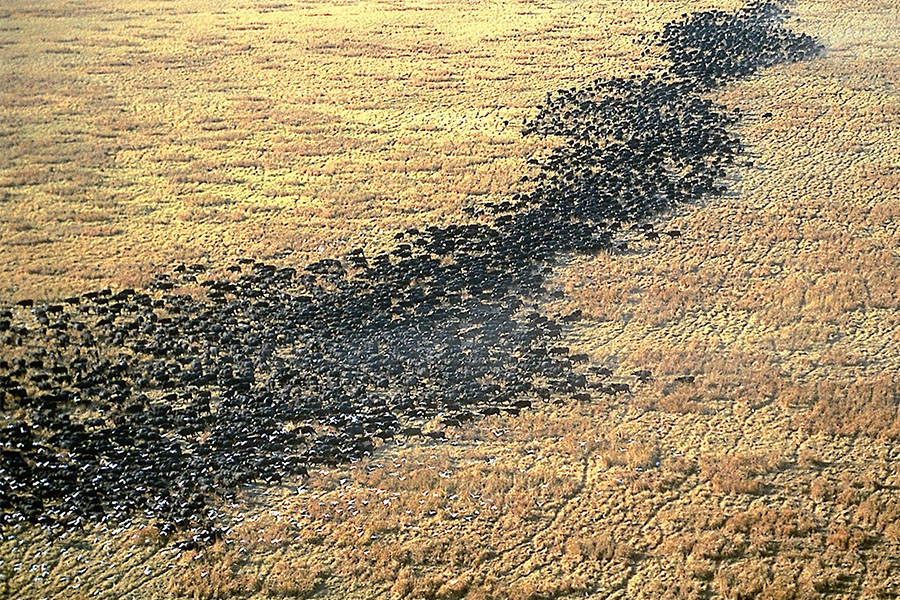 The best time to visit the park depends on your objectives for the trip. If your primary concern is to see the chimpanzees, and you enjoy the idea of predictable weather, then the obvious time to be there is during the dry season (June to October).

Weather wise the conditions are stable with little chance of rain (other than in the mountains themselves), so the days are hot and dry – perfect conditions to make the most of the beach and the water in Mahale.

A favourite time to visit Mahale is the early part of the dry season before the trees dry out and the air becomes thick. The shores of Lake Tanganyika are lined with deciduous miombo woodland and, at this time, the leaves are still on the trees and gradually turning, with a mini-autumn happening in July.

The green season between November and March sees low tourist numbers but the density (and therefore likelihood of spotting) chimps is still high. The bonus about going at this time of year is that it costs less so, if you don’t mind the rain, this is a great time to visit.

Top experiences in the Mahale Mountains 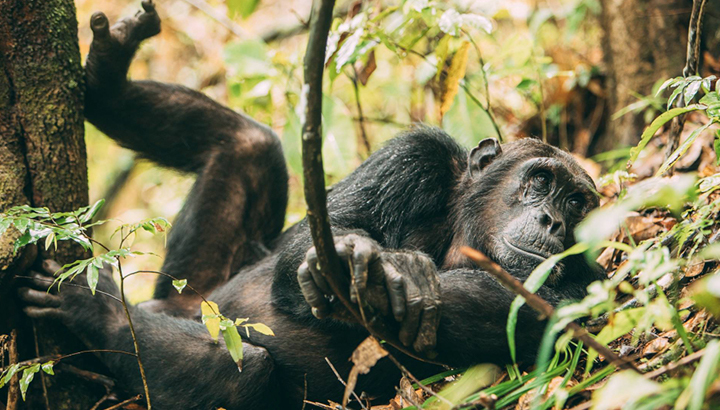 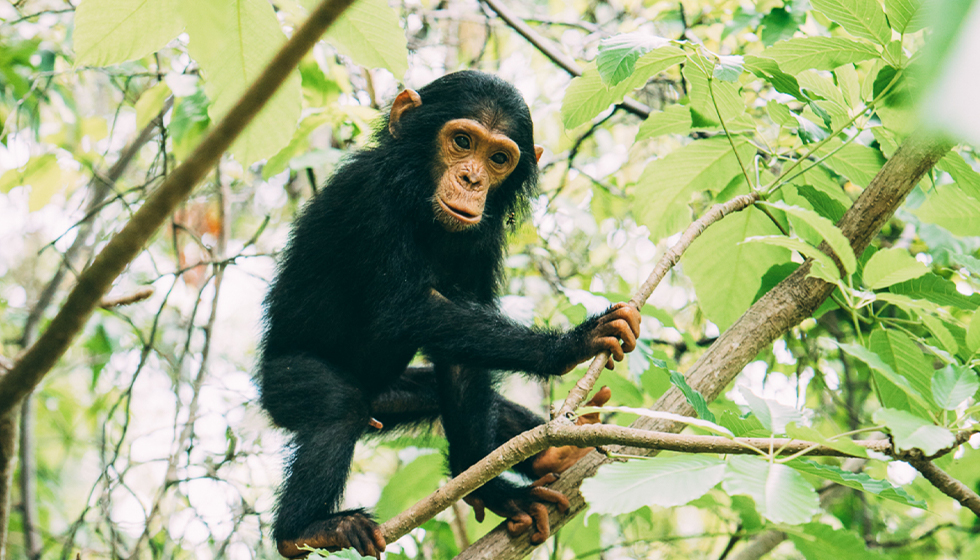 Way out west in Katavi & Mahale

When it comes to accommodation in Mahale, there is really only one choice. A magical camp on the shores of Lake Tanganyika where you can live and breathe chimpanzees. 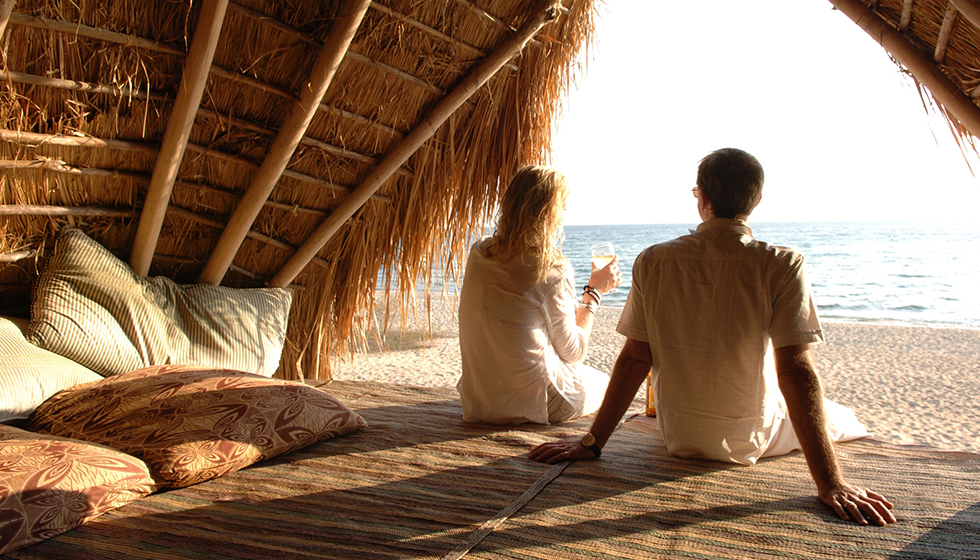 One of the most beautiful and dramatic locations of anywhere in East Africa, sitting on a white sandy beach at the base of the 8,000ft Mahale Mountains overlooking the turquoise waters of Lake Tanganyika.

Am I guaranteed to see chimpanzees in Mahale Mountains National Park?

No safari can guarantee animal sightings, however it is extremely rare to not spot any chimps whilst in Mahale. There is a very high success rate and in a three day stay, most people enjoy some superb sightings. It’s incredibly unusual for people to return without seeing a chimpanzee at all.

What is the best way to explore the Mahale Mountains?

The Mahale Mountains National Park is sizable, covering 1,500 km². There are no roads or cars within the park, so the best way to explore the area and spot chimpanzees is on a guided trek. We also recommend some time for relaxation on the shores of Lake Tanganyika, where you can enjoy canoeing on the gin clear waters, exploring or simply lazing around on the beac

What is the accommodation like in the Mahale mountains?

There are not many lodges and places to stay throughout the park. We recommend incorporating a stay at the magical Greystoke Mahale Camp into your visit. On the shores of Lake Tanganyika, this beautifully designed lodge is built from reclaimed dhow wood and is the most magical place to stay in Mahale.