Trekking in Bhutan was the only way to get around the Himalayan kingdom until the 1960’s. The Druk Path follows an old trade route connecting major towns.

No matter whether you were royalty, a monk, merchant or colonial British political officer the steep mountains and valleys and lack of paved roads in Bhutan meant that until 1962 inhabitants and visitors travelling between Paro and Thimphu could only choose between going on foot or on the back of a mule.

The road is still single track and subject to landslides in places, and connection between the two towns now takes less than two hours but trekking the ancient trade route is one of the best ways to explore Bhutan’s unspoilt countryside, breath-taking scenery and rich Buddhist culture – and have these almost to yourself.

The Druk Path over the southern slopes of the Eastern Himalaya can be completed in four to six days. It’s a challenging trek with some long steep climbs and the highest camp at 4100m, but the rewards are many. 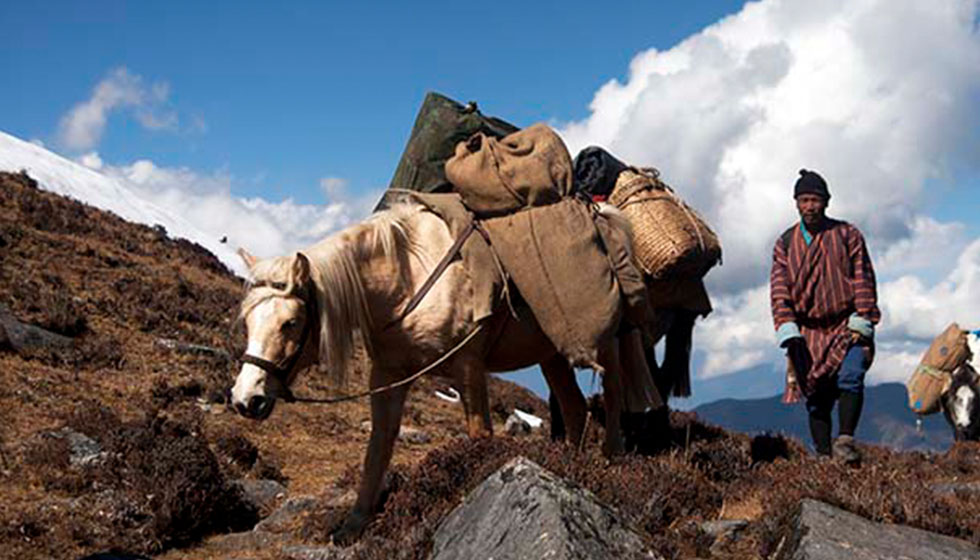 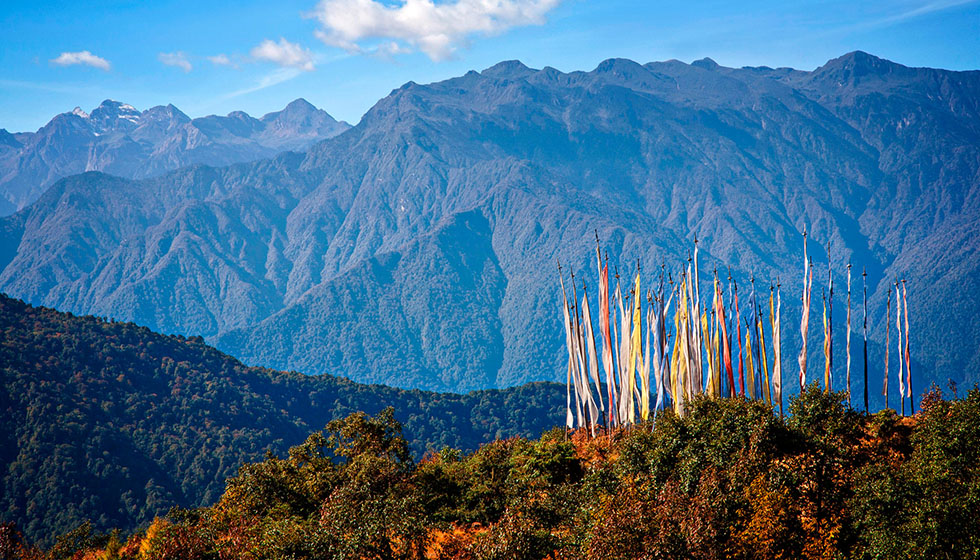 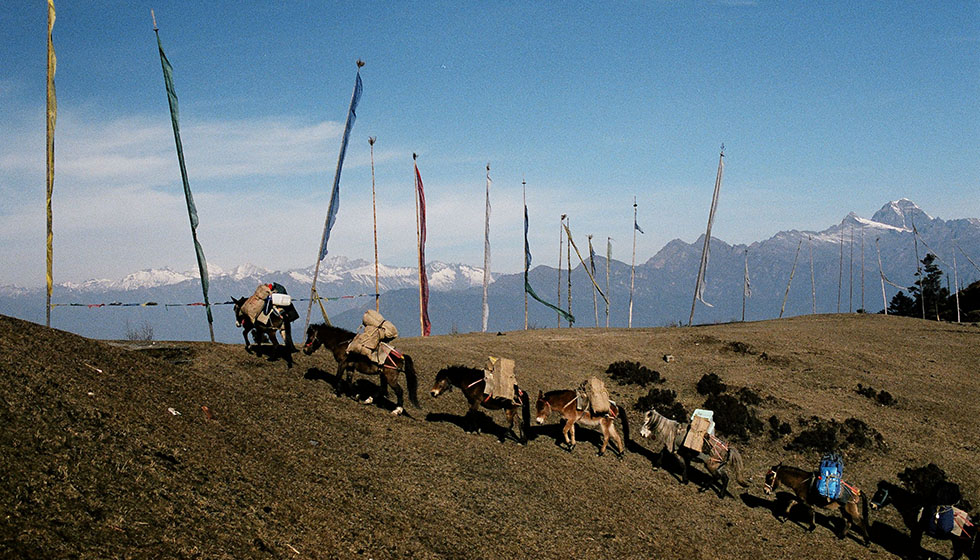 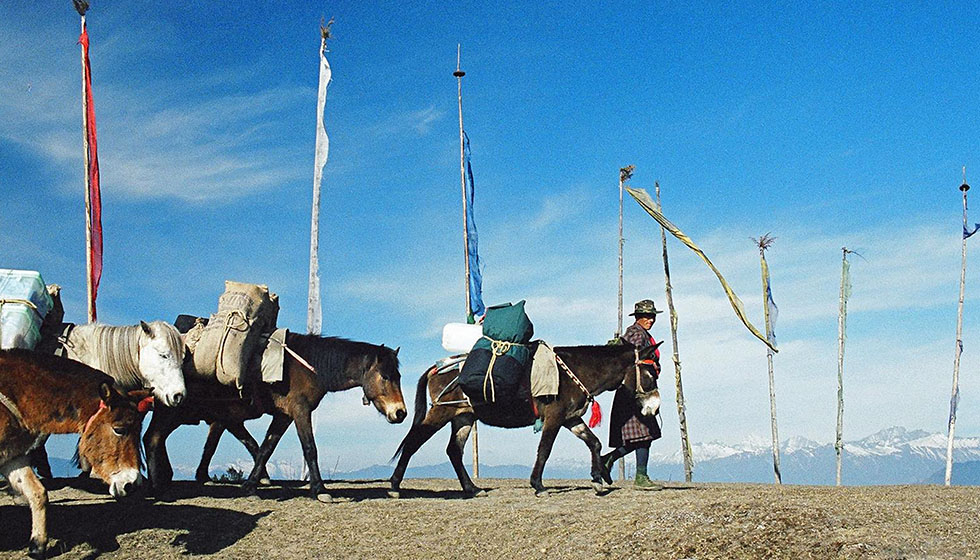 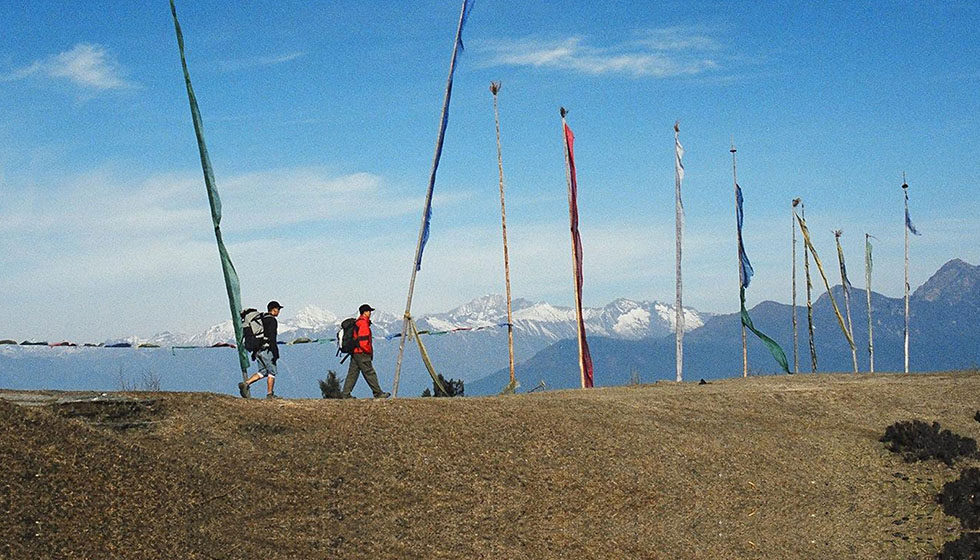 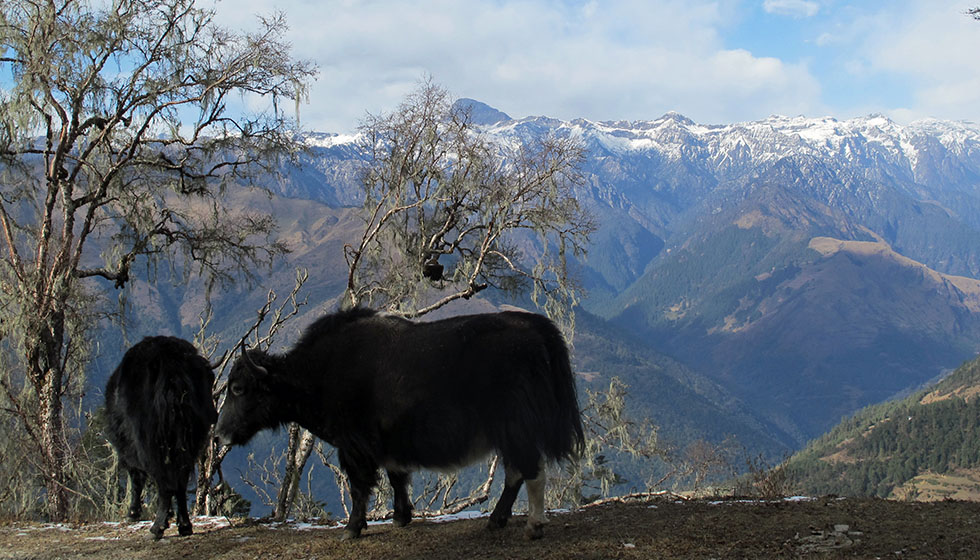 Why we love trekkingthe Druk Path

Following one of the oldest trails in Bhutan you have the opportunity to explore the start and end points of Paro and Thimphu, including the famed cliff-top Taktsang Monastery, or Tiger’s Nest.

Trekking each day at over 3000m (9,842ft) you’ll have fabulous panoramic views of the Himalayas and spend the nights in your own private camp.

The Druk Path is best undertaken in April to May or September to late November when usually the skies are clear and the days warm and sunny but whenever you go, you’ll need to come prepared for the odd snow shower in this, the still remote Himalaya.

Ascending through apple orchards, forests of magnolia and rhododendron – magnificent in April to May, once above the tree line there are spectacular views of the snow-capped Himalaya along the border with Tibet.

Talk to our experts

With a private guide you trek for between four and five hours a day – quite an effort in the rarefied air – while sacks of food, tents, cooking gas and your own gear are carried by ponies. It’s good employment for local horsemen who might otherwise be using them for smuggling from Tibet.

Camp is made by the cook and his assistant perhaps next to an isolated pristine mountain lake filled with giant trout so that all you have to do when you arrive is relax and enjoy the view. Camping is in dome tents with a mess tent for dining, a loo tent and a bowl of hot water for your ablutions. 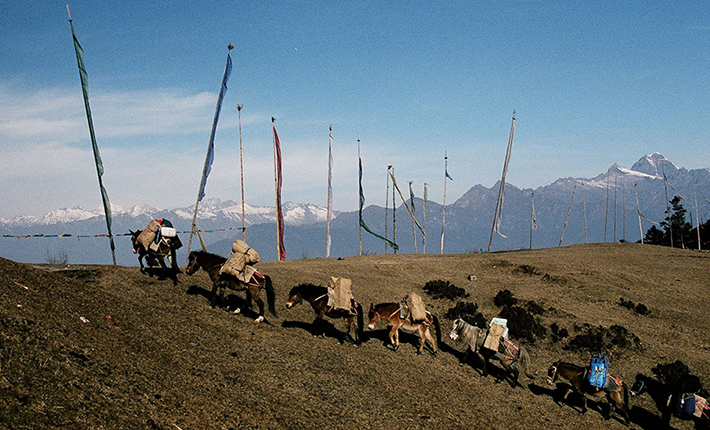 The beauty of Bhutan

In addition to camping treks we also offer a variety of day hikes in remote places while based in a lodge or farmstay, including in the Haa, Bumthang and Phobjikha valleys.

For more information about hiking and trekking in Bhutan drop us a line and we’ll be happy to suggest other options or advise how you can include a trek as part of a longer trip. 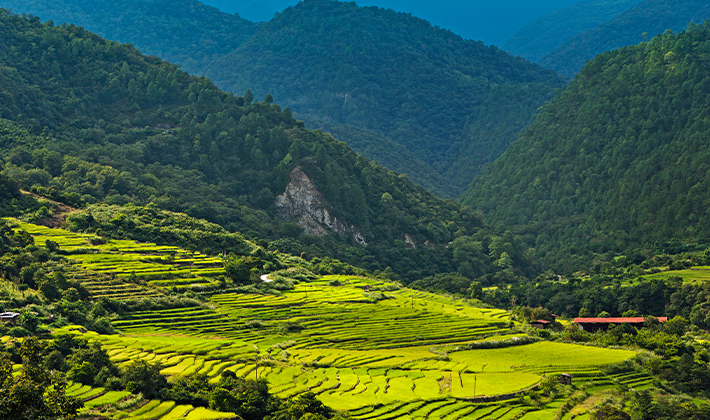 Find out more about the area