A stunning landscape with deeply spiritual significance to its residents, the Phobjikha Valley is an incredibly remote place to take in some inspiring natural wonder.

About The Phobjikha Valley

Often referred to as Gangtey after the 17th century monastery that perches on a hillock rising from the flat valley floor.

The monastery itself has been standing since 1613, and is surrounded by a large village, mainly inhabited by the families of the 140 Gomchens who take care of the monastery. Gangtey has hardly been touched by modernisation, and electricity only reached the area a couple of years ago. Overall, the Gangtey conservation area is simply a beautiful place for walking and simply enjoying nature.

Phobjikha itself is one the few glacial valleys in the kingdom of Bhutan, and is unusually wide and flat compared to others in the region. Located on the periphery of the Black Mountain National Park, Gangtey’s landscape is also defined by two beautiful meandering rivers.

Phobjikha Valley is well known for the rare black necked cranes, which migrate here to avoid the extremely cold winters of the Tibetan Plateau. These elegant birds can be seen from the end of October to March, when they circle the monastery on their way back home. There is also a festival dedicated to the birds, which often takes place in November.

Travellers can also visit an information centre on the edge of the forest and wetlands which has an observation room equipped with high power telescopes and spotting scopes. This allows them to catch the best view of these majestic cranes. 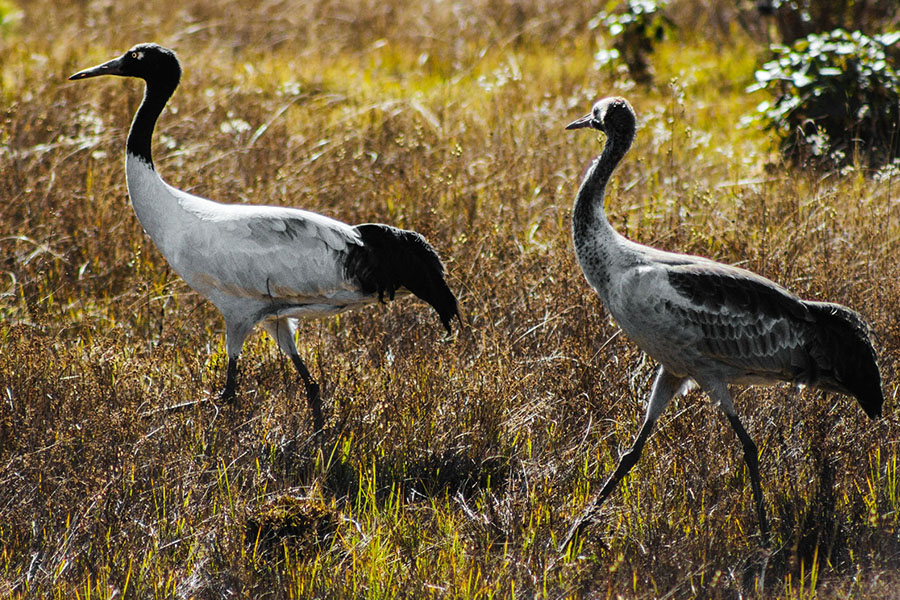 Alpine flora of the Black Mountains 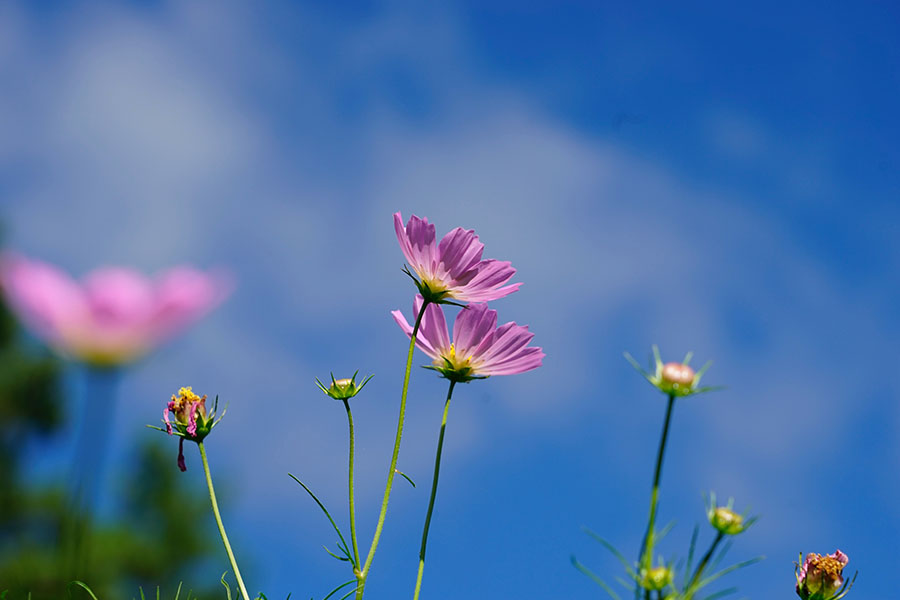 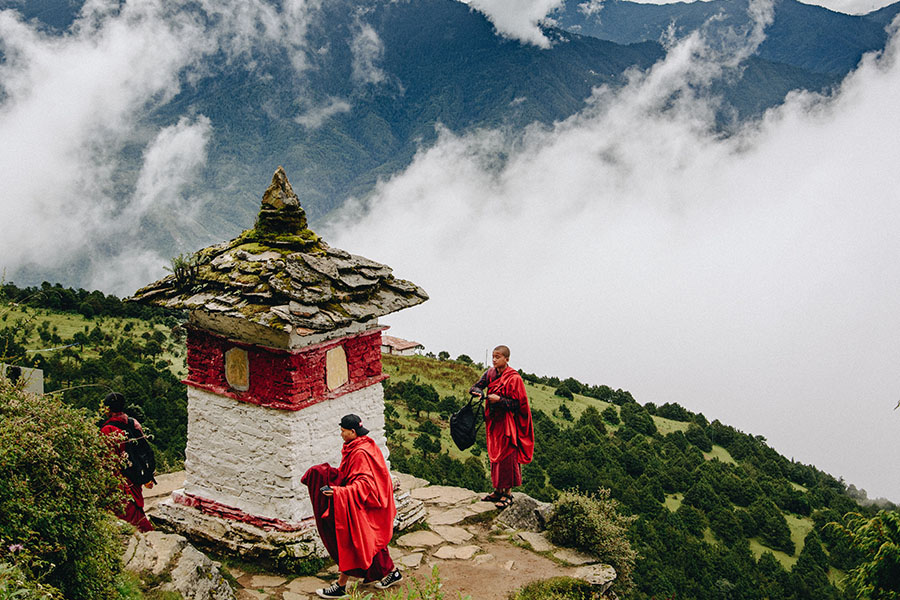 Whether you’re looking to experience the crane festival or simply take advantage of the milder weather, the best time to visit Gangtey would be towards the end of the year, from October to December.

Despite the warmer temperatures, the middle of the year sees near-constant precipitation from May to September, making it far harder to witness the grace of the black-necked crane in all its glory. Furthermore, even though the weather towards the end of the year is colder, the only chance of snow during this time comes in October, as the climate veers out of the rainy season.

Are Gangtey and Phobjikha the same place?

In a sense, Phobjikha Valley and Gangtey are indeed the same place. The valley itself is named Phobjikha, however over time, the name of its legendary temple, Gangtey, has become shorthand for the area. Consequently, whether you’re talking to travel guides or locals, you will be understood if you refer to the area by either name.

Is the Phobjikha Valley a suitable family destination?

With a traditional culture and a lot to explore, Gangtey is a great destination for families with children of all ages. Visiting Phobjikha Valley will offer visitors both old and young an opportunity to experience life off the grid, while also enjoying the sight of black-necked cranes flying across the valley.

Is it possible to combine a trip to Gangtey with other areas of Bhutan?

Gangtey is a smaller area, so depending on how long you wish to visit Bhutan, you could easily add the Phobjikha Valley to a wider itinerary of destinations within the country. Get in touch to discuss where you’d like to explore in Bhutan and we’ll help you plan your perfect trip.