Located in Madhya Pradesh in the heart of central India, Kanha National Park is one of the best parks for tiger sightings. The scenery at Kanha is gorgeous, a wonderful mix of river valleys and steep rocky escarpments, highland forests and stands of bamboo, dense lowland forests of evergreen sal and rolling grasslands.

Around 175 bird species and 22 species of mammal can be found in this rich diversity of habitat. Besides tiger, the impressive gaur (wild ox), chausingha (the only four-horned ungulate in the world), and barasingha (swamp deer – recently saved from near extinction) are likely to be spotted on a morning or afternoon jeep safari. Leopard and sloth bear sightings are less common but still a distinct possibility.

The park is open from November to June and morning and afternoon game drives in jeeps mean you can enter the park at sunrise, return to your lodge or camp for lunch and a siesta before going out again in the late afternoon. In our opinion this is one of India’s finest national parks. 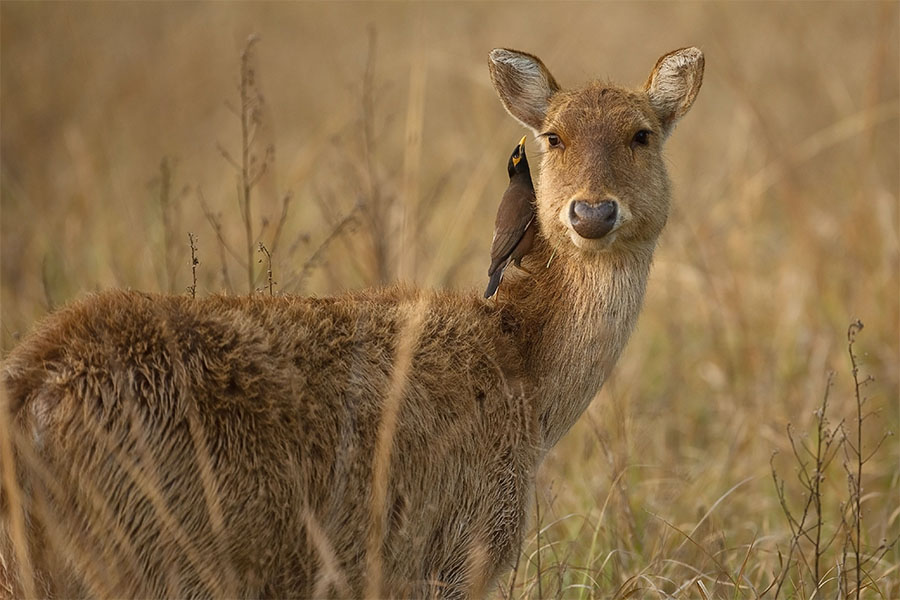 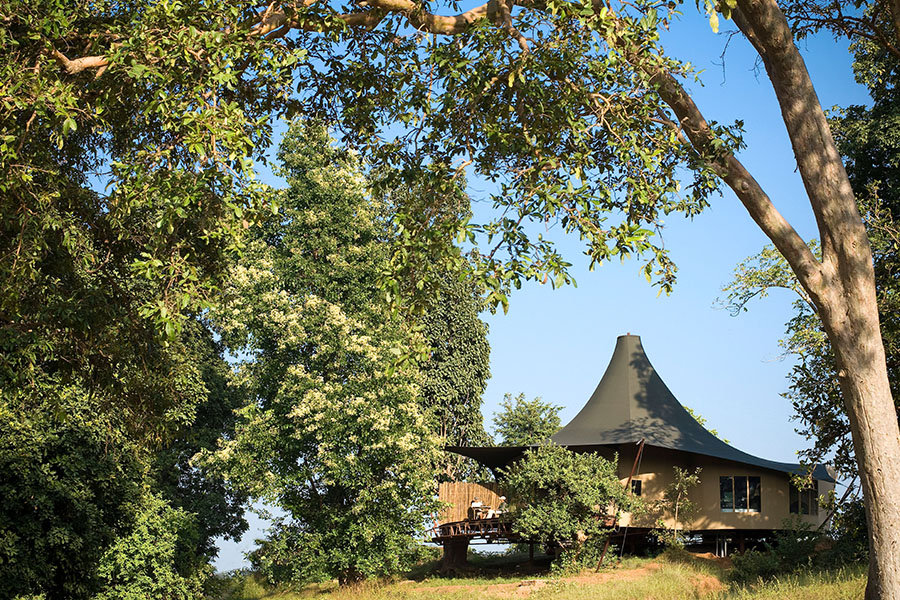 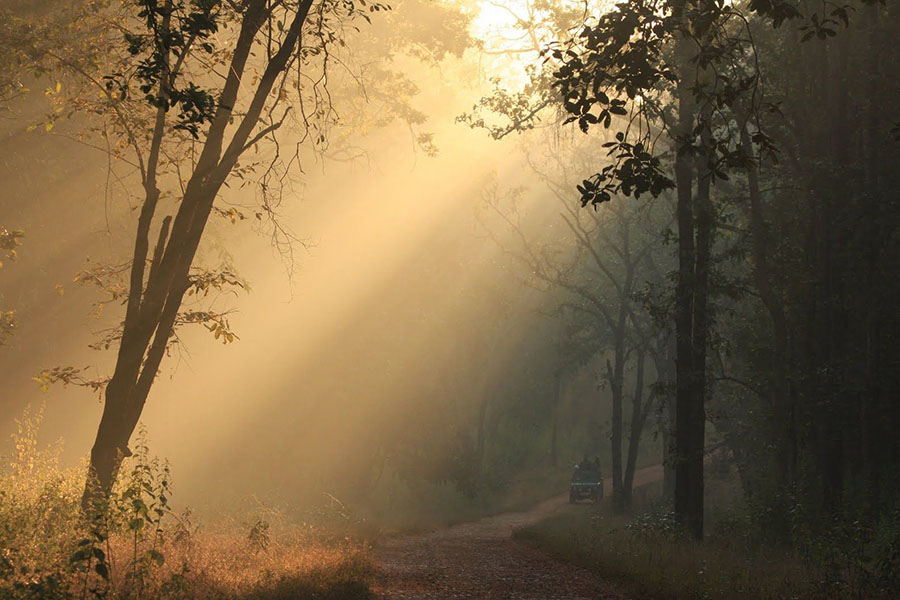 Take a dip in the Banjar River 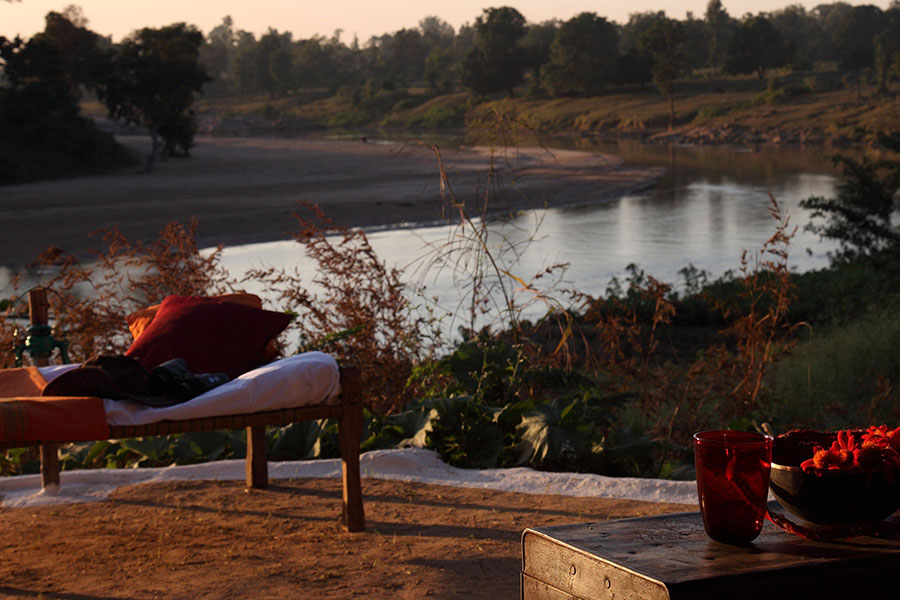 The optimum time to visit Kanha, as well as other national parks in central India, is from October to April.

The parks are closed during the monsoons with heavy downpours between July and October. They begin to open again in October and until the end of December the landscape is lush and green, many trees are in flower and rivers and lakes are full; it’s a stunning and beautiful time to visit and while the thick vegetation can make wildlife spotting more difficult, birdlife during this time is superb.

The winter months from November to February are the most comfortable time to visit, with sunny days and pleasant midday temperatures. It can still be very cold first thing in the morning and at night, particularly in December and January.

From January to March, Flame of the Forest flowers streak the tree canopy with splashes of red and orange. March midday temperatures in the open start to climb to 40’C, though fortunately it’s noticeably cooler in the shade of the forests. The rolling grasslands become dry and the chances of seeing wildlife is higher as it can usually be found near the diminishing waterholes and ponds. In Kanha, tigers rest near the marshy meadows and play in perennial waters of the lake at Tadoba. 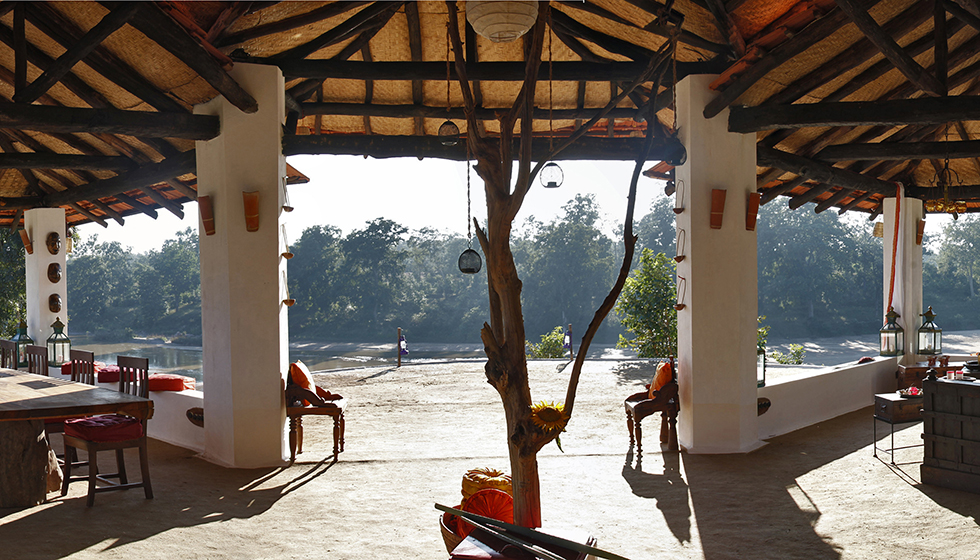 Flame of the Forest

The wildlife experiences will be tailored to suit you but, if at any time you want to dip out of safaris, this is the perfect place to simply relax. 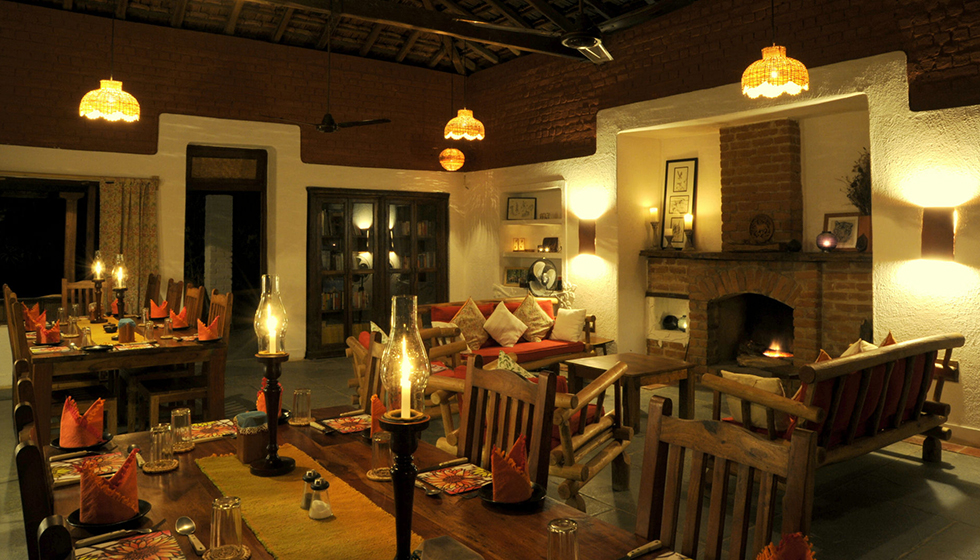 Shergarh is small tented camp not far from Kanha’s Mukki Gate owned and run by experienced naturalist Jehan and his English wife, Katie.

How many tigers are there in Kanha National Park?

Kanha National Park lies in the heart of Central India and is one of India’s finest tiger reserves. Thanks to a huge conservation effort and crackdown on poaching, the tiger numbers have risen in India and is now estimated to be home to around 70% of the world’s tigers. However, Kanha is huge, meaning spotting the majestic tiger can be a little harder than in other areas of India. Regardless, Kanha will be sure to deliver a rounded and brilliant wildlife safari experience.

What is the accommodation at Kanha National Park like?

There is no accommodation in the park and everyone must leave by sunset. We prefer to work with small owner managed lodges and camps who avoid a tiger-centric approach (unlike some hotels in the area) and will give you a complete experience of Kanha. Although walking is not permitted within the park, these lodges will also take you on hikes in the forests around them and perhaps along the banks of river Banjaar which creates a natural boundary between the unfenced core and surrounding buffer forest; it’s a beautiful setting for a walk and viewing smaller wildlife.