The most romantic of Rajasthan’s royal cities, the beauty of Udaipur lies in its glorious setting with its palaces and whitewashed havelis reflected in the shimmering water of Lake Pichola.

At Udaipur’s heart, the magnificent City Palace is still inhabited by a much respected maharana whose ancestors claimed direct descent from the sun and whose acts of chivalry are the stuff of legends.

The small old town lends itself to pottering about on foot to enjoy views of the lake, pop into temples, amble down lanes to discover artists at work and explore the largest palace complex in Rajasthan. The stunning City Palace is actually 11 palaces added to over 400 years by successive maharanas. Linked by courtyards and narrow passages, embellished with finials, cupolas and balconies and decorated with miniature paintings (an art which originated in Udaipur in the 16th century), crystal and the omnipotent symbol of the sun the complex is the epitome of royal splendor.

We recommend visiting other sites nearby including the Saheliyon-ki-Bari royal gardens, hilltop Monsoon Palace and Eklingji temples all of which can be reached with your private car and driver, or better still, by bicycle via one of Udaipur’s lakeside roads. If you prefer to explore on horseback, guided rides from two hours to a full day are an excellent way to get into the surrounding Aravali Hills along goat paths and dried up riverbeds on beautiful Marwari horses. Make sure you are back in the city for sunset when a boat ride on Lake Pichola is a perfect end to the day.

100km from Udaipur, Kumbhalgarh fort is the second largest in Rajasthan (after Chittorgarh). The snaking 36km long walls enclose the ruins of dozens of temples, gardens and palaces and afford fantastic views over the hills and surrounding countryside. The fort sits on the eastern fringe of the wildlife sanctuary in the Aravalli hills of southern Rajasthan which act as a barrier stopping the spread of Thar Desert. Wildlife spotting in the rugged topography is not easy but species include wolf, leopard, sloth bear, hyena, jackal, jungle cat, sambhar, nilgai, chausingha (the four horned antelope), chinkara and hare. There is abundant bird life. Also in this area is an exquisitely carved Jain temple at Ranakpur. 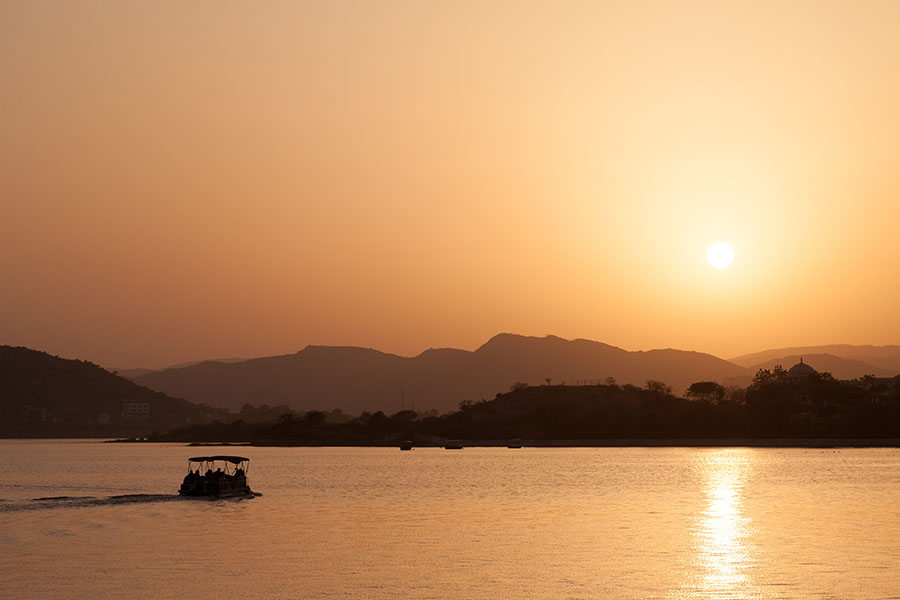 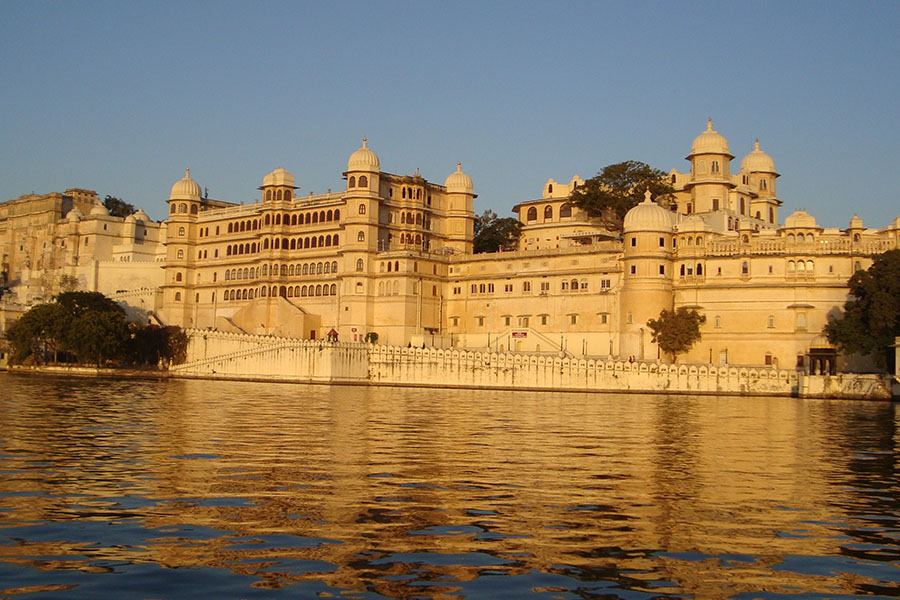 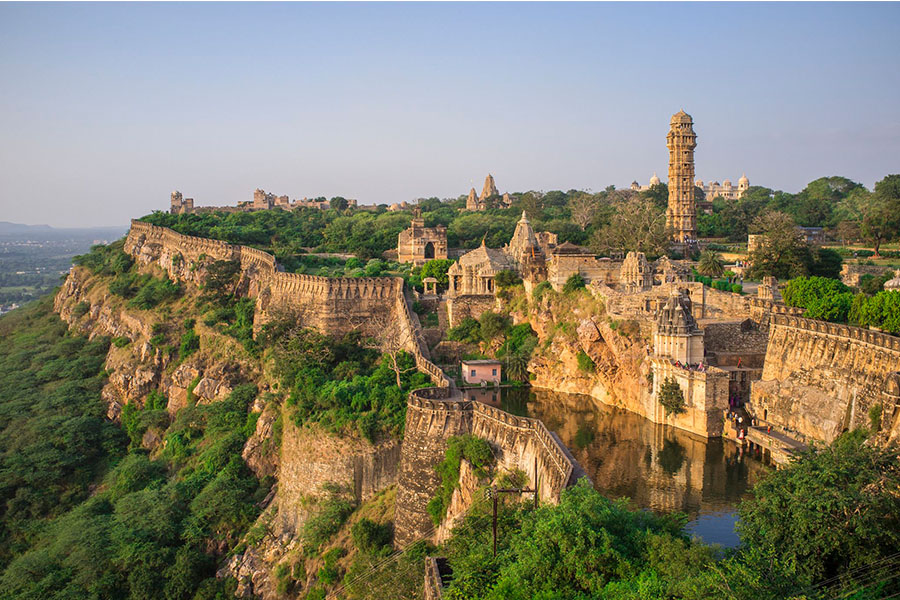 Udaipur’s network of lakes help to alleviate the heat and desiccation of Rajasthan’s desert climate. The most popular time to visit is between October and March when days are dry, clear and sunny with average temperatures in the high 20s.

The nights are cooler, although it’s often comfortable enough to enjoy drinks or dinner outside with a view of the city and lake sparkling in the moonlight from a terrace or rooftop restaurant.

Accommodation rates start to drop in April so, if you don’t mind the heat and the building humidity, this can be a good time to visit as even the most popular sites tend to be very quiet. Maximum temperatures soon rise to 40’C+ before the desperately anticipated monsoon rains arrive around June. Heavy downpours can persist into September but they are not usually for long making this month an attractive time to visit as the deserts burst into life.

Where is the best place to stay in Udaipur?

Whether you’d like a central place to stay with a lakeside location or a view of the city palace, or perhaps you’d prefer the peace of the surrounding Aravalli Hills, there’s an excellent choice of accommodation in and around Udaipur. While some scream opulence or take the opportunity to imitate regal excess, others offer old school comfort and courtesy in simpler surroundings. We recommend mixing things up during your tour for the best overall experience of the region. Your itinerary will be tailor-made so we will be happy to plan this with you.

Is it possible to combine a trip to Udaipur with other areas of India?

Situated in the south west of Rajasthan, Udaipur is easily accessed by road from other places of interest within the state, and is connected with other areas of India by scheduled flight.

Is Udaipur a suitable family destination?

Udaipur is a great place to include on a family holiday in India. From the delights of elephants spurting fountains and mirror lined palace rooms to boating, cycling and the wonders of local life there’s plenty to keep everyone happy.  Your itinerary will be tailor-made to suit you but with a private guide you’ll have the flexibility to make changes on the day depending on how everyone is feeling. You will be discretely supported throughout your trip so that you and your family can simply relax and have a good holiday.