Impossible to miss, both logistically, culturally and scenically, this high altitude town has some of the most impressive Inca ruins and is the gateway to the Urubamba Valley.

Located in the south eastern part of Peru, the Incan city of Cusco is at a breathtaking elevation of 11,200ft. Visitors arriving fresh from the coastal capital of Lima, often need to spend a quiet afternoon sipping the local coca leaf tea to help with acclimatisation before exploring the town and the numerous Incan ruins the next morning.

Cusco, built by the Spanish in the 16th century on the remains on the palaces and temples of the Incan capital, is still as vibrant as it must have been in its glory days. A UNESCO protected World Heritage Site, the town is an intriguing combination of antiquity and modernity, fashionably dressed modern ‘Cusquenas’ walk along the streets, intermingling with ‘campesinos’ or country folk, often dressed in traditional costume leading alpacas and overladen donkeys.

This is an ideal city to explore on foot, nearly every site you will want to visit is within walking distance of the central square, the Plaza de Armas. Commanding over the city is the imposing ceremonial centre and fortress of Sacsayhuaman which dominates the hillside.

Cusco is nestled in the mountains, with some of the peaks soaring to over 6000m, all of them considered sacred. The entire region is high altitude and due respect should be given to the altitude and the requirement for most people to do little on their arrival day. For those who want to acclimatise more slowly, there is the option to depart straight away for the Sacred Valley of the Rio Urubamba and then onwards to Machu Picchu, leaving the exploration of Cusco to the end. 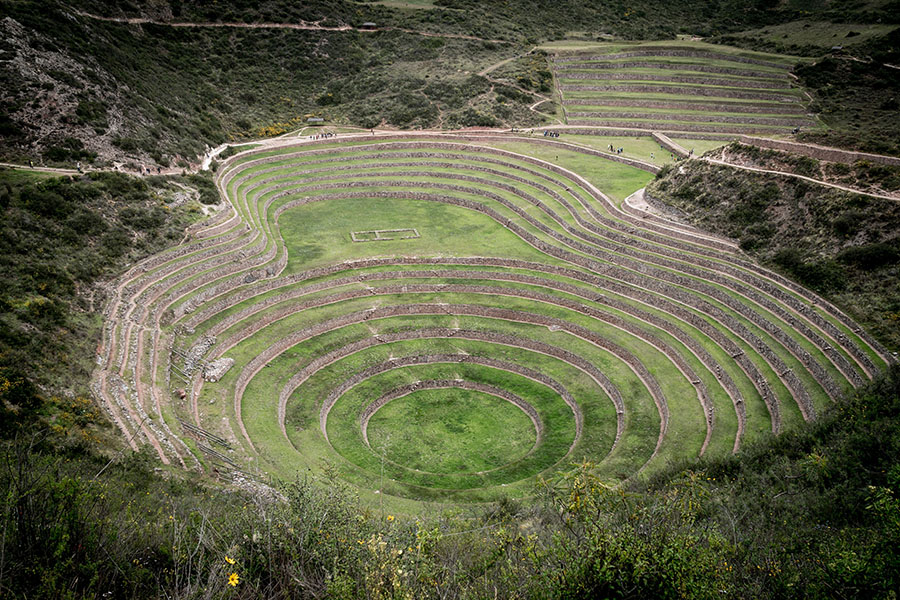 Hike to archaeological site of Huchuycosco 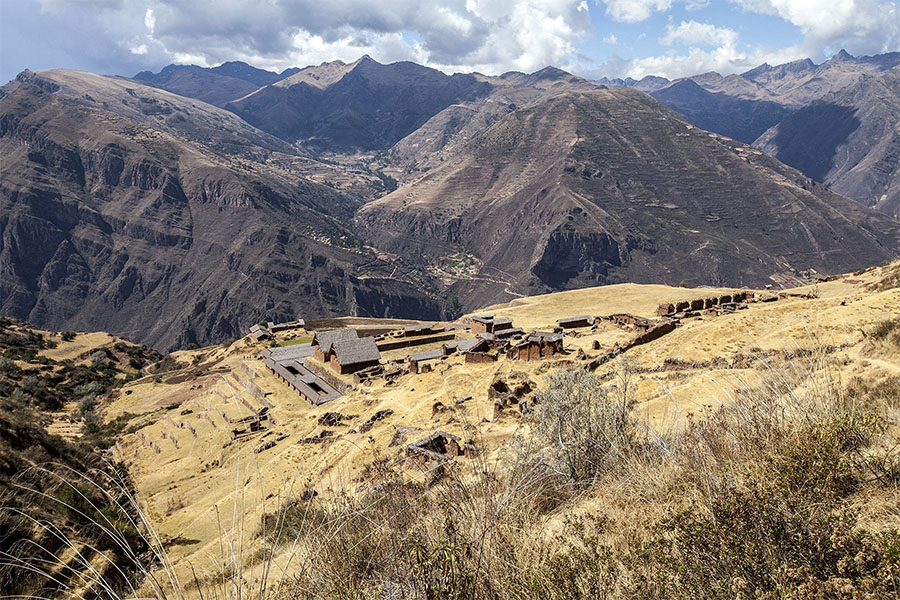 The dry season in Peru is between May and October, with the wettest months being January and February, although it is considered a year round destination.

Sunny days and blue skies typify the May to October period, with perhaps May being the best month for trekking in the Cusco/Urubamba area. During this time, there is minimal chance of rain and tourist numbers are slightly lower before the rush between June and August.

Though the wet season is considered less attractive in terms of tourism, the surrounding valleys become a picturesque backdrop of luscious greenery. However, the increased chance of landslides means that travel around the area can be disrupted, often causing delays to any planned treks and itineraries.

If budget is not a driving factor, then the Monasterio Hotel is without doubt the place to stay. A former monastery built dating from 1592, this is a luxurious hotel that has history seeping through every wall and ideally located next to the Plaza de Armas. The nearby Palacio del Inka is equally historic and a hair’s breadth from being as luxurious as the Monasterio but suits many budgets better. There are also some excellent small owner run hotels, so a wide choice to fit most pockets.