Wilpattu is Sri Lanka’s largest and one of its oldest national parks. Its unique ecosystem of seasonal lakes is favoured by leopards and sloth bears which can be spotted on their shores.

Located on the north west of the island, for many years Wilpattu was off-limits during the civil war and remains largely overlooked by many visitors to Sri Lanka.

A little off the beaten track and less crowded than renown Yala, it offers the option of full day game drives in the park, all resulting in a relaxed safari experience.

Covering over 1315 km², safaris in the park are made by jeep. Setting off in the early morning with your expert naturalist guide, you will explore different habitats ranging from salt grass and monsoon scrub, and taller dense tropical forests which cover much of the park.

Unique to Wilpattu is a network of more than 50 sand-rimmed lakes, or ‘villus’ from which the park takes its name. It’s worth spending a full morning or late afternoon sitting at one of these waterholes to let the jungle come to you.

Such mixed vegetation supports a diverse array of wildlife and in the company of your expert guide you’re likely to see Asian elephants, land monitor lizards, star tortoises, purple-faced langurs, and a variety of snakes. With luck you may spot sloth bears which feed on termites and, in June, the crimson berries of ‘weeru’ trees.

There are also thriving populations of sambar and spotted deer to sustain the top predator, the Sri Lankan Leopard. The exact population in the park is unknown but individuals are often said to be bigger in size compared to the other leopards found on the island. Spotting them is not always easy – there’s thought to be a 50/50 chance.

The diverse birdlife includes endemic species such as brown-capped babbler, jungle fowl and Ceylon Grey Hornbill, while commonly seen migrants are Indian Pitta and Pintail Snipe. The mixed breeding colony at Maradanmaduwa Tank is used by many species of waterfowl including pelicans, ibis, spoonbill and storks.

For a cultural diversion, the ancient capital of Anuradhapura is less than an hour drive east of the park. 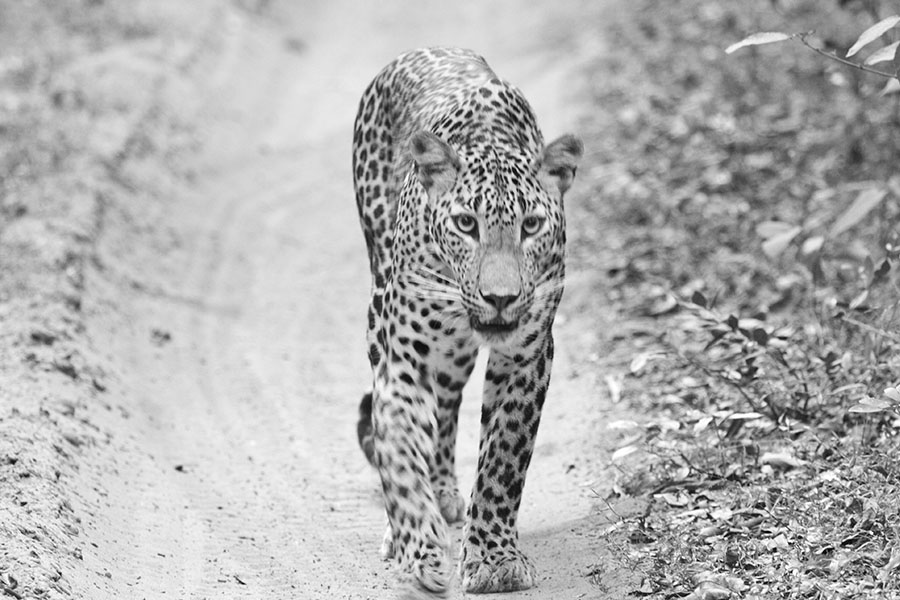 Stay in a jungle camp 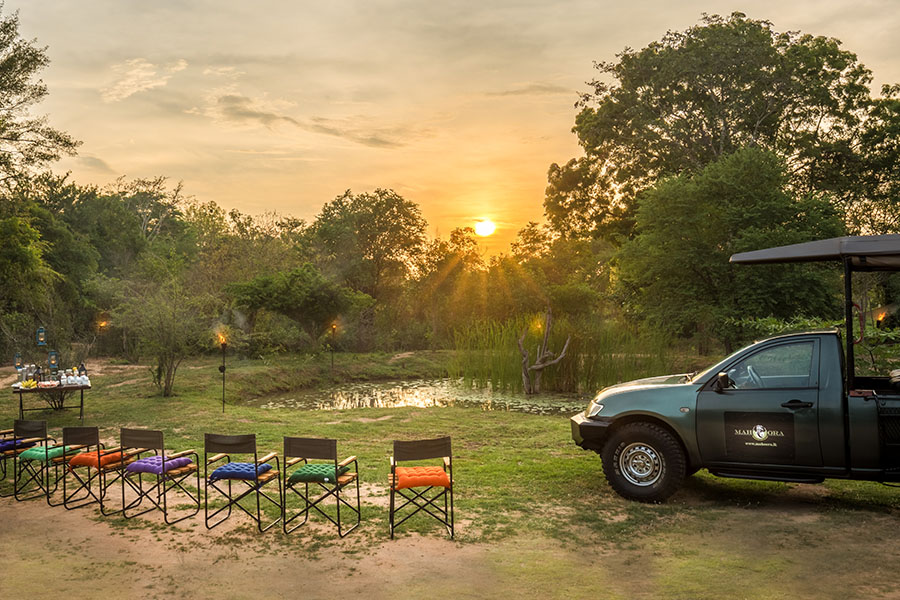 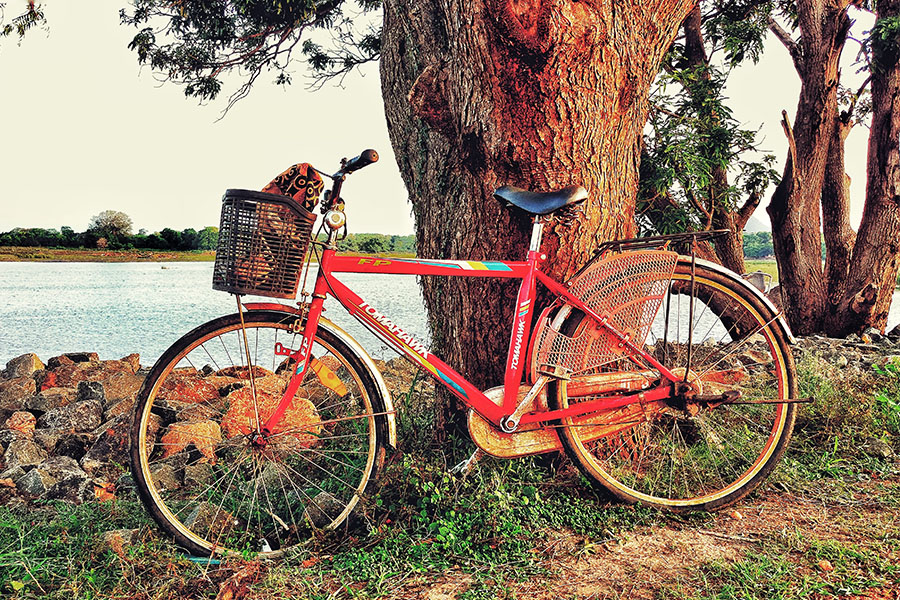 Wilpattu National Park is situated in the dry lowlands bordering the north-west coast of Sri Lanka. The park is open throughout the year but the months of February to October are recommended for a safari.

The annual drought lasts from May to the beginning of September, causing vegetation to thin and water holes to diminish making it generally easier to spot wildlife, including leopard.

Heavy monsoon rains start sometime in September and continue through December, refilling the villus which burst into life with resident and migrant waterfowl and purple flowers on the shores. Inter-monsoonal rains are experienced between March and April. 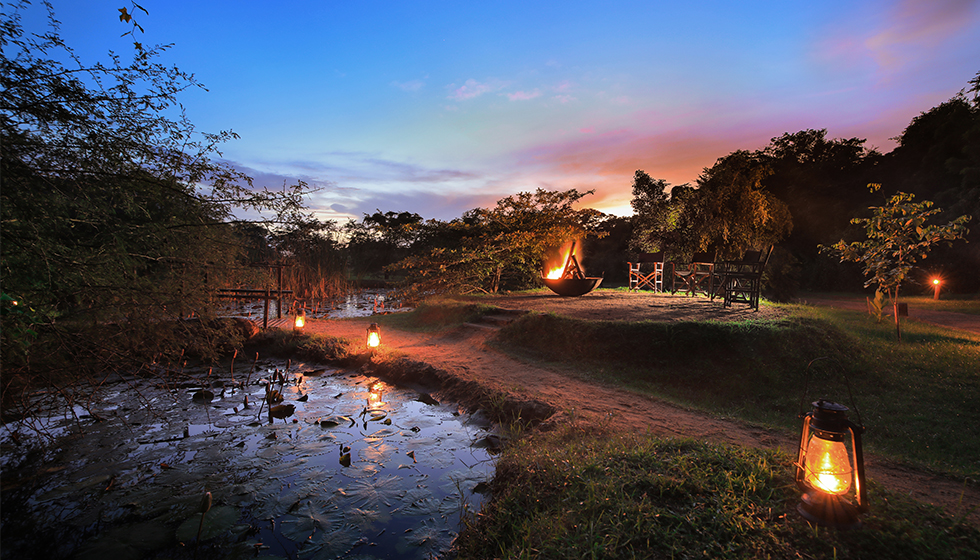 Leopard Trails offers the most luxurious and authentic wildlife experience in Sri Lanka; guests benefit from a more relaxed safari and the ranger guides are among the best on the island.

What is the accommodation like in Wilpattu National Park?

Being off-limits for many years and still largely under the radar, the accommodation options at Wilpattu are more limited than in some of Sri Lanka’s other parks. All places to stay have running water (even if it’s only cold) and flush loos and large meals of local cuisine are a common feature. Being the island’s largest park, the location of your accommodation is key to avoiding a long transfer into the more open central area of Wilpattu via the one entrance. The best camps and lodges are run by people who live and breath conservation with their own in-house guides who are keen to share their knowledge of the whole spectrum of the park’s ecosystem.

Wilpattu is a great choice for a family safari. There is plenty of flexibility about where and when you make your safari with freedom to explore as much of the park as you like and immerse yourselves in nature.  Wildlife is plentiful but animals are dispersed across a large area and are less accustomed to vehicles than Yala so more patience is required. A variety of additional activities can often be arranged at your camp from cookery classes to nature walks and private bush dinners by candlelight. Junior ranger programmes with camp guides give younger guests an appreciation for the natural environment via tree, bird and wildlife ID and learning tracking skills. From Wilpattu it’s just a short journey to the northern sites of the Cultural Triangle and onward access to the gorgeous sandy beaches on the east coast where the weather is perfect during the school summer holidays.

Is it possible to combine a trip to Wilpattu with other areas of Sri Lanka?

Absolutely – your trip is completely tailored to your wants and needs which is why we are happy to combine your time in Wilpattu with other locations in Sri Lanka. Although known for being isolated in the past, Wilpattu now has good road connections with many other places of interest. Get in touch to discuss your ideas and hear our recommendations so we can put together the best itinerary for you.