Visit this stunning park, dramatically located under the sheer wall of the Rift Valley escarpment.

Lying about 60 miles west of Arusha, just south of the Ngorongoro Highlands, this is a thin strip of land sandwiched between the rift wall and the lake itself. Famed for its tree-climbing lions, the park has a great population of game, including elephant, lion and buffalo.

Lake Manyara National Park is scenically stunning, dramatically located under the sheer wall of the Rift Valley escarpment. Wonderfully diverse with evergreen forest, escarpment, acacia woodland and lake shore, the location of Lake Manyara, in particular the northern section, means it is perfectly placed for a short visit en-route to or from the Ngorongoro Crater and Highlands or the Serengeti National Park.

As somewhere you can see a large variety of mammal and bird species quickly and closely, it’s a good starting point for any Northern Tanzania safari – particularly for children, the very impatient or the short sighted.

It’s somewhere you can see a large variety of mammal and bird species closely and also one of the few parks where it’s possible to head out on night drives to spot a variety of nocturnal species.

The farther south you roam, the richer the experience often becomes and you can enjoy more solitude. The park works well in combination with visits to other parks in Northern Tanzania. Lake Manyara often is somewhere that benefits much more from a contemplative approach for which time, and a visit to the far south of the park is necessary. 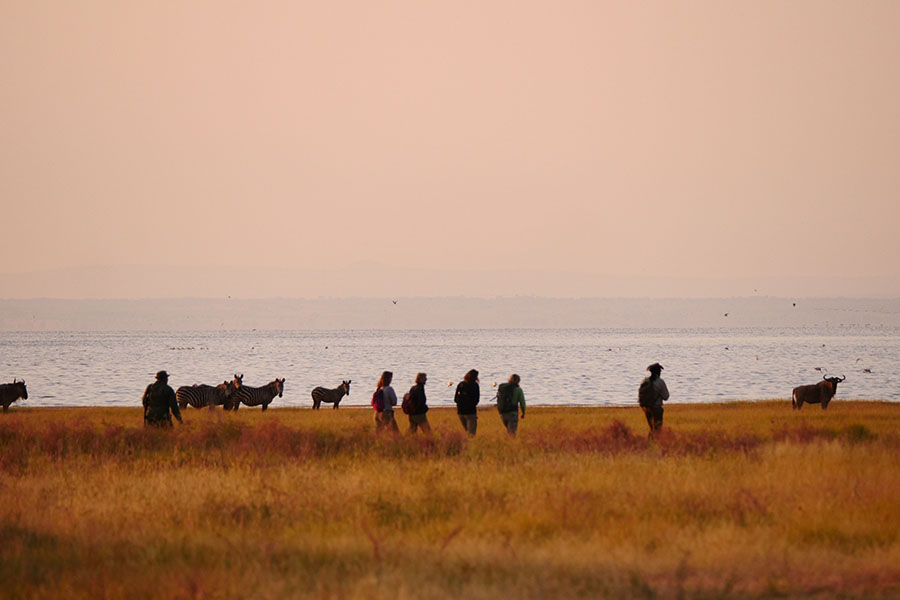 When elephants join you for sundowners

A light touch camp in the wilderness 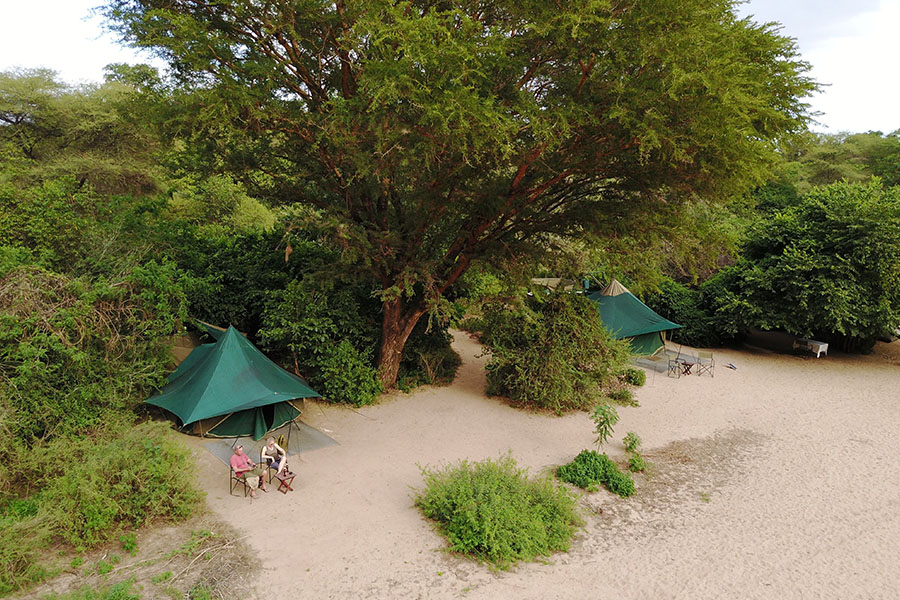 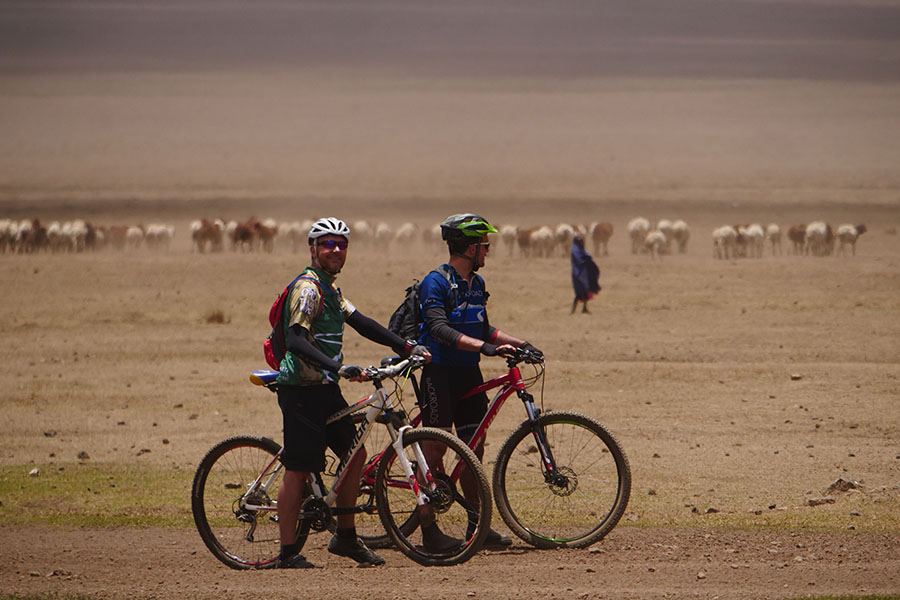 The Lake Manyara area is characterised by two seasons, the dry season and the green season, both equally inspiring.

Lake Manyara welcomes rainfall between November and December. From January to March, though still in green season, the rain lessens. The sky is clear and sunny with longer days and average temperatures of 30 degrees – a wonderful time of year for walking the shores of Lake Manyara… April and May can see heavy rainfall.

From January to April there are many animals roaming around the park, such as elephants, zebras and wildebeest. The vegetation is luscious due to the abundance of water, making for a stunning time to visit the park.

The beginning of June marks the beginning of the dry season. As water becomes limited, it’s easier to predict the behaviour of the animals making sightings more frequent. Any animals that left the park during the rains usually return by early June, so you can expect to see elephant, buffalo, hippo, baboon and predatory animals such as lion and leopard. 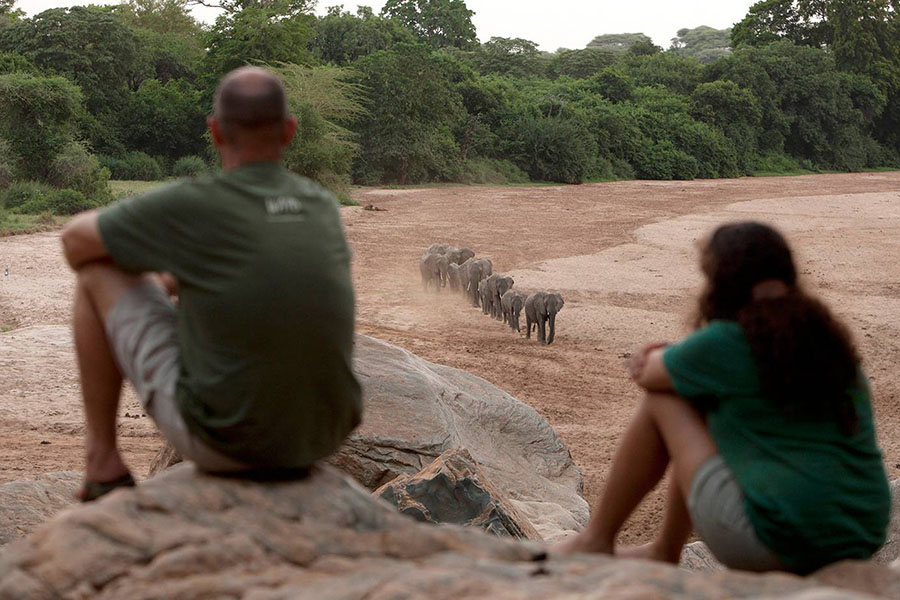 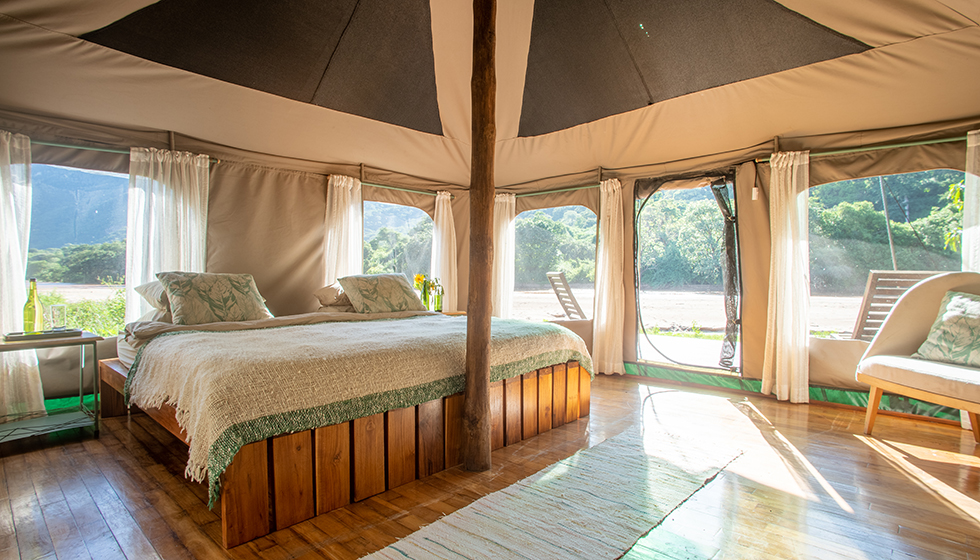 This camp is located on the banks of the Endabash River in the southern area of Lake Manyara National Park. It is at the bottom of a huge seasonal waterfall flowing off the Great Rift Wall. Huge crystalline quartz rock makes up the falls and an easy climb up them is rewarded with stunning views over the park down to the lake.

How many days do you need in Lake Manyara National Park?

We would recommend a minimum of three nights  to ensure you see the full potential of the park. Imagine exploring Northern Tanzania’s parks and wildlife away from the hubbub of other tourists and having the time to travel at your own pace – to stop when you like and linger as long as you like, to cover the distance in pursuit of your own interests.

What is the best way to explore Lake Manyara National Park?

The easiest way to see the park is by traditional 4×4, and if you want to see a unique side to the park, you could take a night safari. That being said, one of the key experiences of this style of safari is to immerse yourself in wilderness by walking along the lakeshore looking out to a pink haze of flamingos in Lake Manyara.

What is the accommodation like in Lake Manyara National Park?

With the park located perfectly for a transition into the Serengeti or the Ngorongoro Crater, we always recommend heading to the south end of the park where you’ll pretty much have the place to yourself. Our favourite light tented camp is set at the bottom of a waterfall and is a stunning location to spend your first couple of nights on safari. Expect elephants in camp and resident buffalo wandering through at night – simply magical.