Hwange National Park is the largest of its kind in Zimbabwe, packed with a wide variety of wildlife including lions, wild dogs, elephants and giraffes.

Best known for lions, elephants and wild dogs, Hwange is teeming with game which frequently visit the park’s many waterholes. As a result, this is the best place to go if you want to see the Big Five.

It covers nearly 15,000km² of western Zimbabwe and is the country’s largest national park. In the 1800s, the area was the royal hunting ground of Mzilikazi, King of the Matabele people, which testifies to its superior quality as a wildlife destination.

Hwange’s vast size gives way to incredibly varied scenery from camel thorn thickets and teak forests, to open vleis and pans resembling lily ponds in the green season. There are also areas where the sand is white and beach-like with Ilala palms silhouetted against the sky.

Game drives are the most common means of exploring the park, but if you fancy a more active mode of transport, you can also safely view wildlife on foot or from the back of a horse. 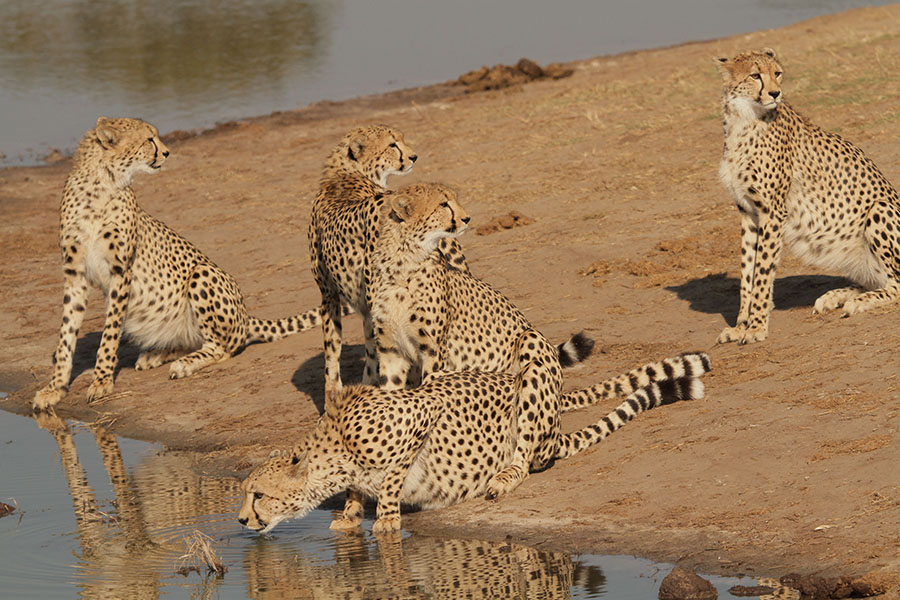 Accessible from Zambia and Botswana 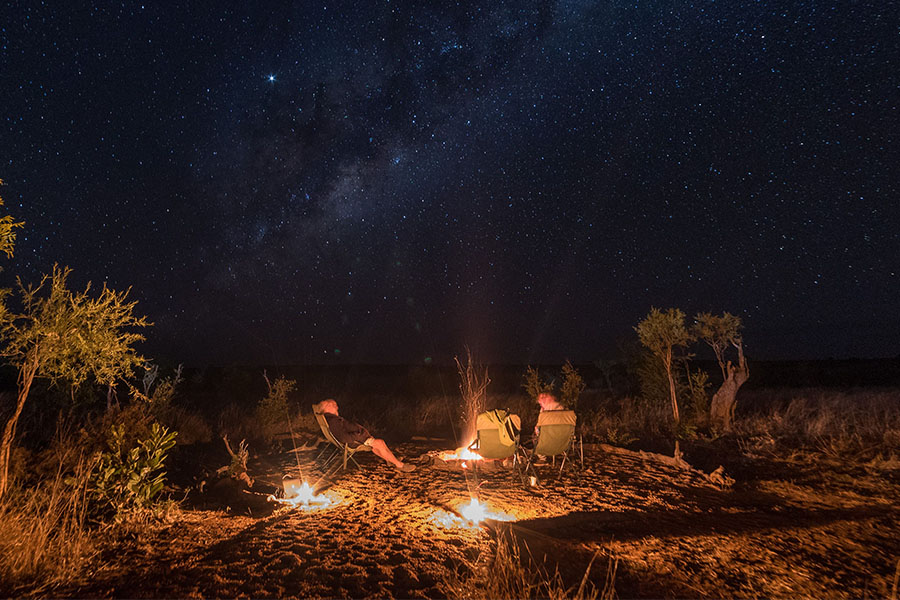 Strike out on foot with expert guides 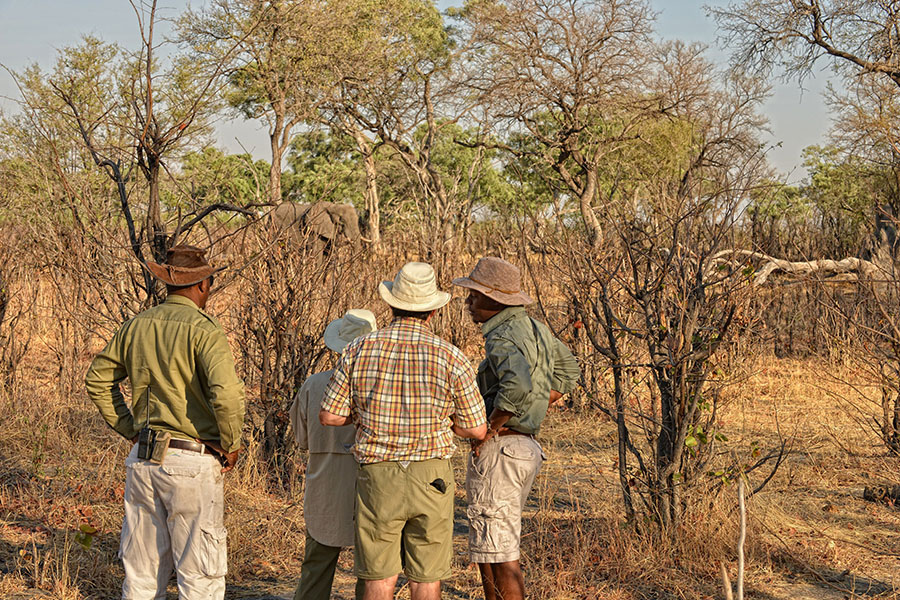 As varied as the terrain is, the seasons change the face of the landscape across the year.

In March, the bush is thick and lush with long grass, wild flowers and greenery everywhere. But later on in October, the park can become parched, dusty and desert-like.

The weather is also extreme. In the winter months (June-August), temperatures at night can drop to 7°C, while in the height of summer, daytime temperatures will be nearer 32°C.

For game viewing, it’s best to visit Hwange between April and October where the lack of rainfall drives the wildlife towards the waterholes, making these the perfect spots to spy animals.

This isn’t the case during the rainy season (November-April) where there is an abundance of water and thick foliage making it harder to see game.

However, this is the best time for birdwatching and it’s also when you’re most likely to catch a glimpse of newborn wildlife. Although, as this is the low season, some Hwange lodges may be closed. 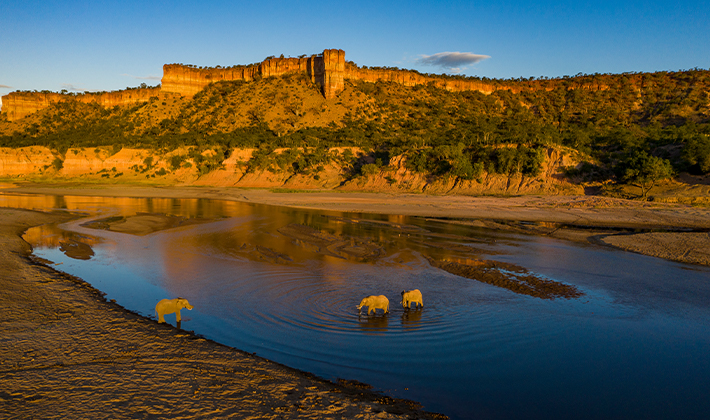 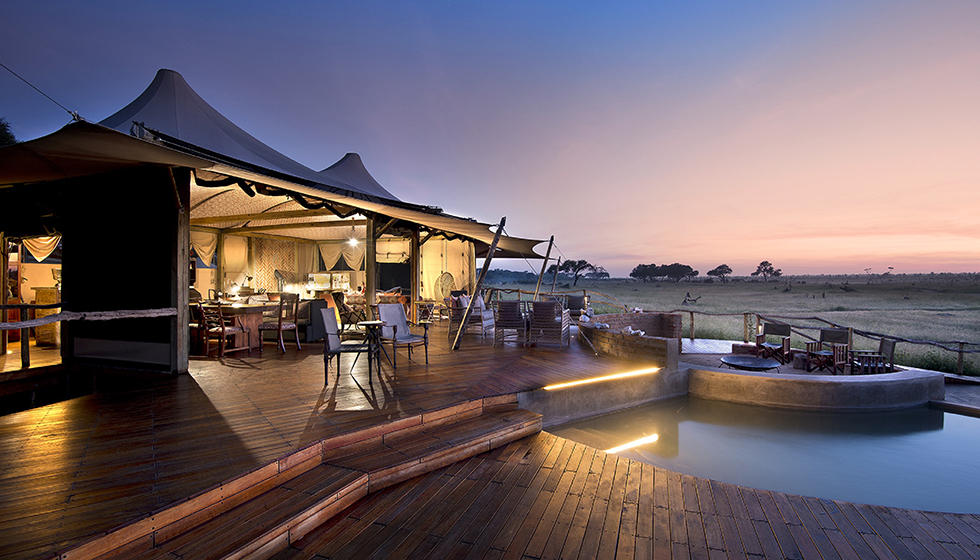 We recommend 3-4 days to get the most out of a stay in Hwange. Somalisa is ideal for those that like simple pleasures and proximity to the bush. 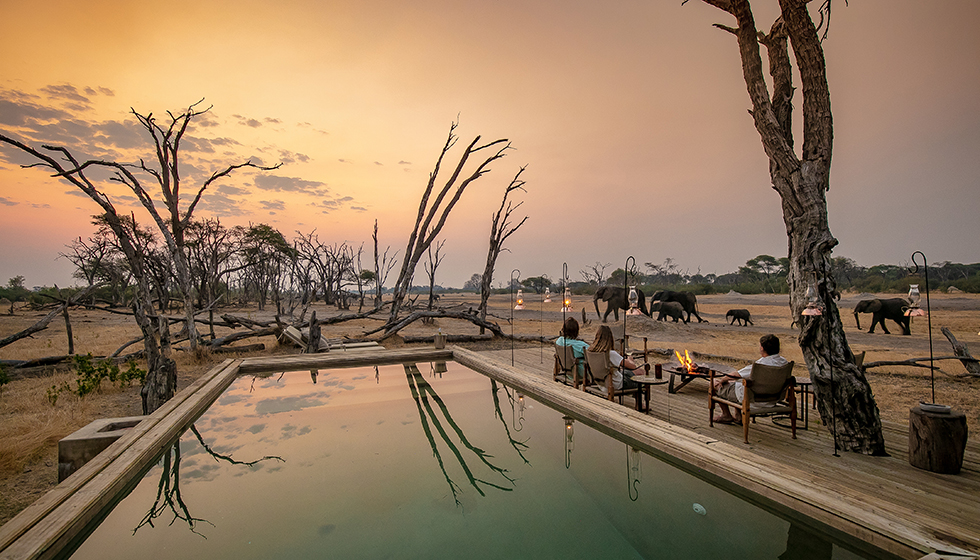 In the peak of Zimbabwe’s popularity, The Hide was well known among the several dozen camps and lodges in the vast Hwange National Park.

What is the accommodation like in Hwange National Park?

There are a number of longstanding accommodation options in Hwange National Park as well as a few new little gems. You can choose from tented camps, luxury lodges and more. Whether you’re looking for five-star exclusivity or a more rustic aesthetic, we’ll find the best Hwange accommodation for you.

As an easily accessible site with a huge wildlife population, Hwange is an excellent safari destination for families. Game drives, walking safaris, and the chance to see big beasts, small animals and fascinating plantlife, the park is guaranteed to delight groups of all ages.

Is it possible to combine a trip to Hwange with other safari destinations?

Yes, and it is very easy to do so. Hwange is actually very accessible as part of a longer safari tour including Botswana and Zambia, as well as other spots in Zimbabwe. In fact, it is only a two-hour drive from the famous Victoria Falls. Get in touch with us to discuss ideas and we’ll help you create a magical and truly memorable itinerary.