Synonymous with the Taj Mahal, Agra is at the top of the wish list for most first time visitors to India.

Despite its myriad appearances in brochures, magazines, books and on television, the incredible beauty and perfect proportions of the 17th century mausoleum never fail to impress.

It took an estimated 20,000 people 22 years to build the Taj Mahal from blocks of white marble, inscribe the verses of the Koran on its exterior and inlay thousands of mosaics with semi-precious stones.

Throughout the day crowds gather to marvel at this wonder of the world, but simply step off the main pathways and you can absorb the magic from your own quiet corner. We also suggest a walk to Kachhpura to discover a community with long links to the Taj, impressive Mughal monuments and a glorious view of the Taj Mahal from the Moonlit Garden.

Further along the bank of the Yamuna River, construction of Agra’s Red Fort was begun by Akbar in 1565 and added to by successive Mughal emperors. There was an entire city within the massive red sandstone walls and Shah Jehan is said to have spent his last years imprisoned here staring at the Taj Mahal – the tomb he built for his beloved third wife, Mumtaz Mahal.

Though not in Rajasthan, Agra is usually visited as part of a tour of this state, as well as during exploration of more of Uttar Pradesh or en route by train to the national parks of central India.

Visit the Taj Mahal at sunrise 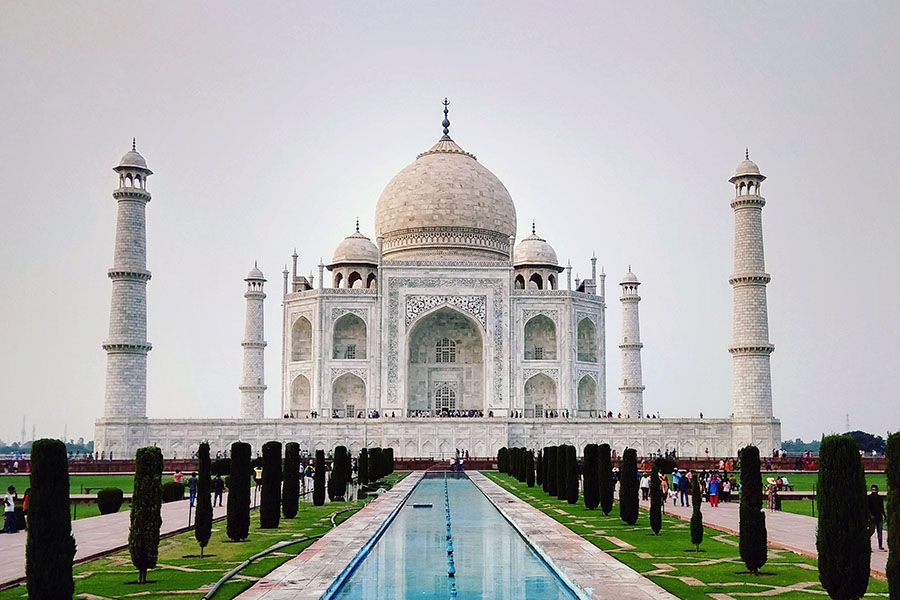 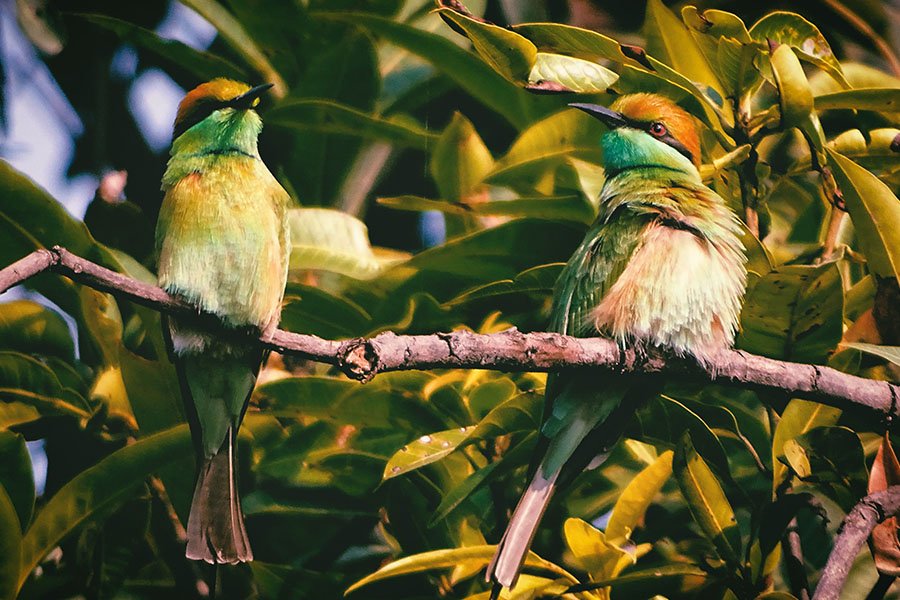 The deserted city of Fathpur Sikri 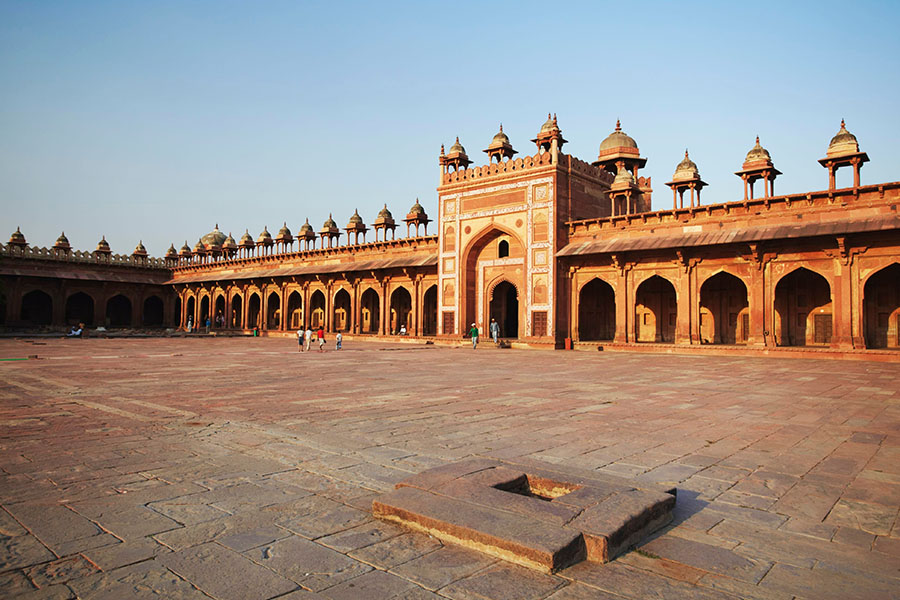 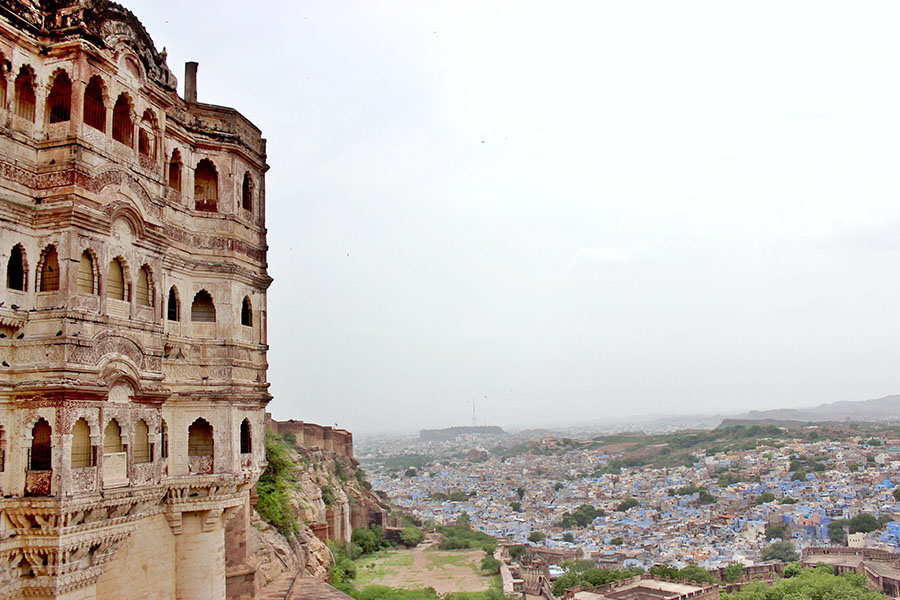 Cycling expedition from the Taj Mahal to Chambal Sanctuary 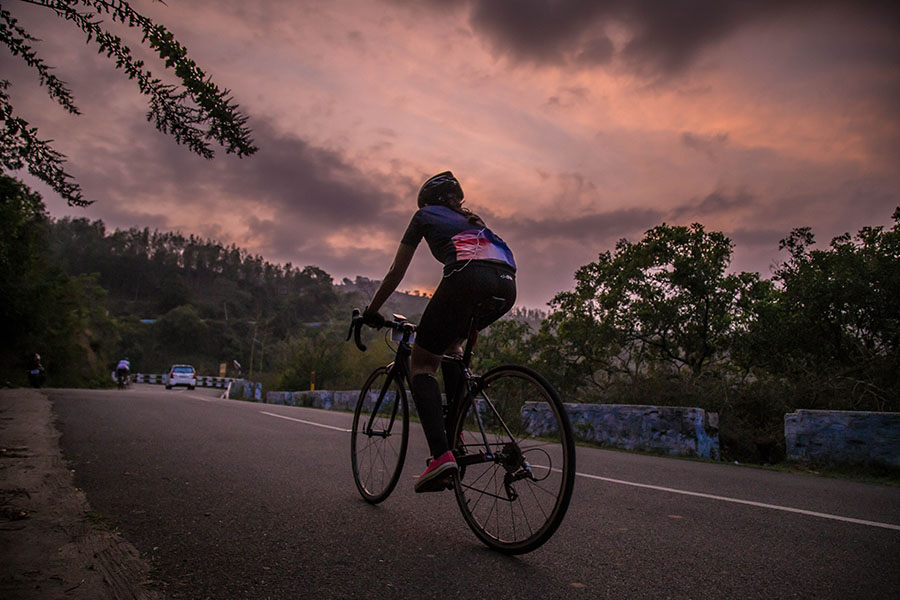 Just a half day drive from Delhi and with good onward connections, Agra can easily be included as part of a tour to various different parts of India and can be visited throughout the year.

Sitting low in the Gangetic plain, thick fog during December through to February has become a serious problem in recent years sometimes causing travel delays and even obscuring views of the Taj Mahal in the early morning.

There’s an overwhelming number of places to stay in Agra many of which have sprung up to take advantage of the constant stream of visitors on their way to the Taj Mahal. A handful buck the trend and offer first class service and hospitality, a few also with a coveted view of the monument itself. For a city with such an incredible history, sadly there’s a lack of heritage hotels or ones with true character but plush interiors, luxury facilities and manicured gardens are compensation.

What is the best time to visit the Taj Mahal to avoid crowds?

The Taj Mahal draws visitors from all over India and around the world to marvel at this ultimate monument to love. To avoid the biggest crowds and skip the queues we purchase your tickets in advance and your guide will accompany you to the appropriate entry gate and into the complex.

The Taj Mahal opens shortly before sunrise and closes soon after sunset, approximately 6am to 7pm. It is closed on Fridays for prayer. For a few days around the full moon its white marble silhouetted against an inky black sky can be briefly enjoyed from a platform within the grounds, but a better option is to head to the other side of the Yamuna River and Mehtab Bagh, a 25 acre Mughal garden directly opposite the monument.

What else is there to see and do in Agra?

A busy sprawling city, most visitors restrict their time in Agra to seeing the Taj Mahal and Red Fort and keep their stay short. However, it is worth extending your stay to explore the surrounding area. A short drive from Agra is Fatehpur Sikri. This was the emperor Akbar’s capital until a water shortage forced him to return to Agra, leaving an atmospheric deserted city of incredible Mughal buildings.

Nearby, Keoladeo Ghana is a Ramsar Wetland Site, considered one of India’s most spectacular bird sanctuaries. The small park was created by the Maharaja of Bharatpur to prevent the town flooding annually in the monsoon and as his private hunting ground. The park was declared a protected sanctuary in the 1980s and now over 230 species of birds are known to inhabit the mosaic of dry grasslands, woodlands, swamps and wetlands.