The Gobi is the largest desert in Asia and around one third of its 1.3 million square kms covers the southern part of Mongolia.

If you crave that sense of elation that can only be found in massive wide open spaces that stretch to the horizon and beyond then there’s hardly a better place to start.

In the rain shadow of the Tibetan Plateau, while many imagine the Gobi as a lifeless sandy desert, in reality only a tiny percentage of it is sand dunes. For the most part it is a land of treeless dry steppe, gravel peppered with dunes and rugged sacred mountains, their colours subtle and ever changing beneath clouds whisked along by the wind. Mongolians consider there to be 33 different types of Gobi, which simply means waterless palace in the local language.

It would be easy to think of the Gobi as featureless but, notable in history as part of the great Mongol Empire and the location of several important caravanserai along the fabled Silk Road, it is also an important archeological place where it was first discovered that dinosaurs laid eggs and some fossils remain in situ, exposed to the elements. Elsewhere prehistoric burial sites, petroglyphs and ruins of Buddhist monasteries represent various eras of Mongolia’s history.

The pristine wilderness of East Gobi is one of the best wildlife areas, where ephemeral springs emanate from the heads of several valleys among the rocky outcrops and eroded canyons. Plant life is sparse but tough grasses, tamarisk, rare Saxaul and little wild onions that spring up in vast drifts after the tiniest drop of rain cover the desert in swathes of purple. This provides just enough vegetation to support Bactrian camels, Argali (the world’s largest wild sheep with magnificent curled horns), and Siberian Ibex. 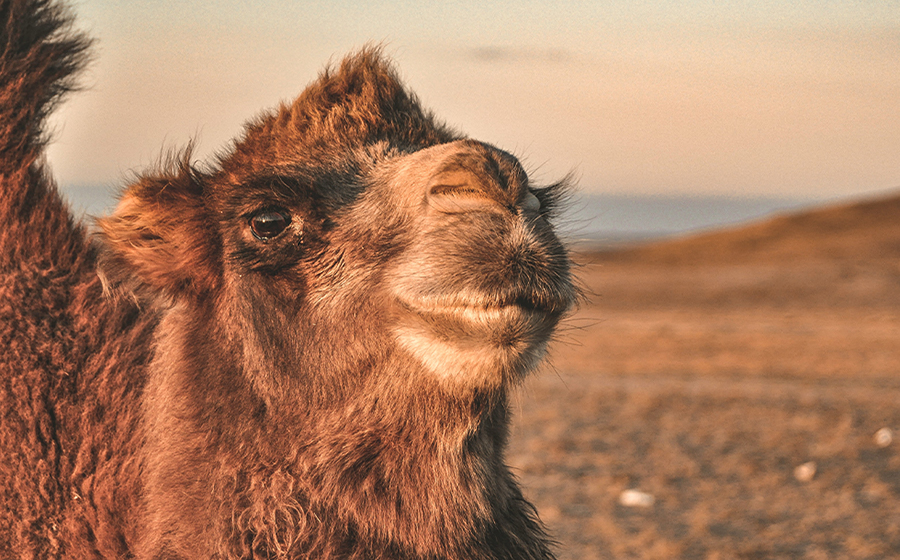 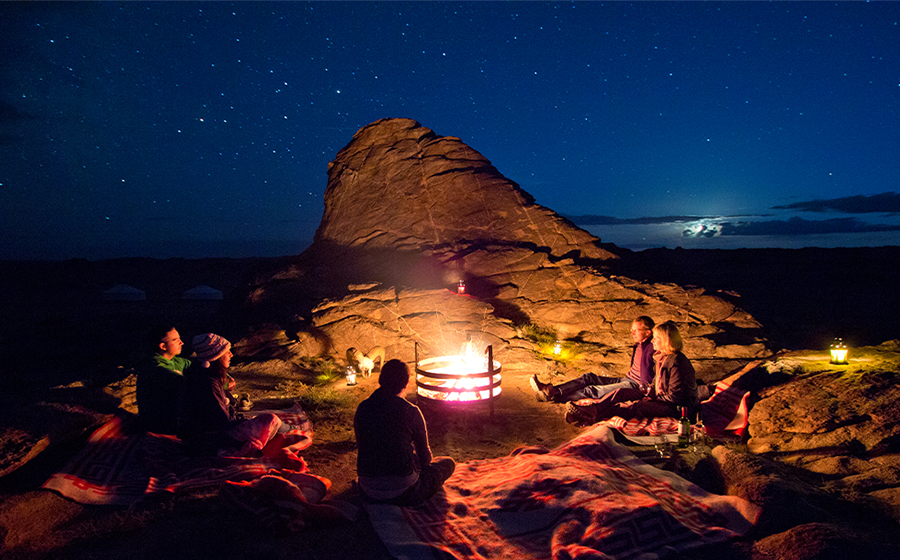 Tread in the footsteps of dinosaurs

The best time to visit Mongolia is during the summer from late May to September when days are generally warm and dry. Experiencing four seasons in one day is a distinct possibility at all times of year.

Late May to September offer the most comfortable weather conditions for travel. Mongolia is generally a dry country and while temperatures may hit 40C in the Gobi in mid-summer, you should expect some rain in the north, often in the form of thunderstorms, sending the grasslands bursting into flower-rich lush life.

What animals live in the Gobi Desert?

There is a good supply of vegetation in the Gobi that can support Bactrian camels, Argali and Siberian Ibex. Tracked by local herdsmen who know every nook and cranny like the back of their hand, there’s a very good chance of seeing both while exploring on foot, on horseback or with your own private camel caravan.

Is it possible to combine a trip to the Gobi Desert with other areas of Mongolia?

Absolutely – Mongolia is a huge country with vast expanses of wilderness and the opportunity to roam this unspoilt environment will suit anyone looking for a real adventure. All of our private holidays in Mongolia are tailor-made making travel to different areas entirely possible.